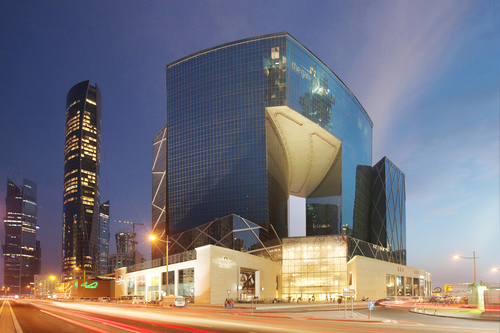 we chose OnlyRoses, particularly due to its decorative concept of elegance and luxury.

Luxury rose retailer OnlyRoses has signed an agreement to open a new franchise in Qatar. The franchise will be run by Talal Bin Mohammed Trading, a company with an existing, luxury brand portfolio.
Owner Sabine Schmitt says, “We’re thrilled to have found the right partner for this important location. There is so much excitement around Qatar right now and it is the perfect place for a brand like ours. We see this as a key market for us in region.”

Mr. Talal bin Mohammed bin Khalifa Al Attiyah, Chairman of Talal Bin Mohammed Trading, said: “Qatar has recently become a destination for successful businesses willing to expand in the region. We are very pleased for this new addition to Talal Bin Mohammed Trading, as the group always looks to invest in high quality stores and innovative concepts. This is why we chose OnlyRoses, particularly due to its decorative concept of elegance and luxury. Now presenting the highest quality premium Ecuadorian roses, and their long-lasting InfiniteRoses®, delivered to their doors, we are assured this new concept will be popular amongst the local community.”

OnlyRoses is scheduled to open in December 2014 at The Gate Mall, West Bay, offering customers a range of the World’s Finest Roses grown under strict social, labor and environmental standards.

OnlyRoses™ is the most exclusive rose specialist retailer in the United Kingdom, and the United Arab Emirates. With its headquarters in London, the company offers the World’s Finest Roses, directly from Ecuador, where they are grown under strict social, labour and environmental standards. Operating an industry leading e-commerce store, as well as a franchise system with retail locations in London, Dubai and Abu Dhabi, OnlyRoses delivers their ClassicRoses and InfiniteRoses throughout the UK and the United Arab Emirates. The company plans two further store launches in the fall of 2014, in Riyadh and Doha, as well as openings in further global cities in 2015. Their exclusive InfiniteRoses are also available at Harrods in London, on their luxurious second floor.