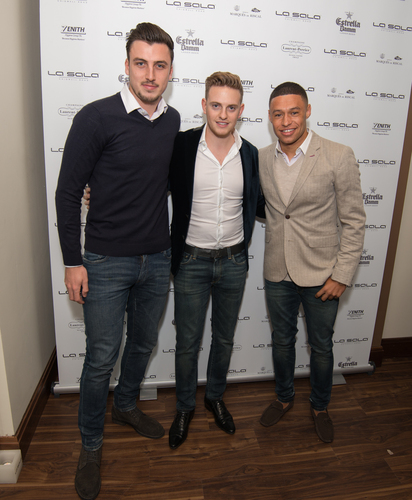 The October launch and debut of La Sala in the UK following its Spanish success attracted a star-studded crowd for its two opening events in Essex this October.

The premium social dining brand has created a real stir in the UK and the famous faces both behind the scenes and arriving at La Sala as guests have resulted in a real buzz of excitement.

Shareholders Alex Oxlade-Chamberlain and David Bentley were keen to get involved having visited Spain. Alex was particularly impressed by the way the dining and entertainment experience had been brought together, something that he feels is hard to achieve:

Within just four weeks bookings have been taken well into February, with the majority of weekends already snapped up. Nearly 5000 people are booked in to dine at the design-led restaurant already. Chairman of La Sala, entrepreneur James Horler, who sold La Tasca for £135m, has been delighted with the response from customers and supporters.

"We've created something incredibly special. As of now, La Sala is now officially the place to eat, drink and be seen, not just in Essex but in the UK".