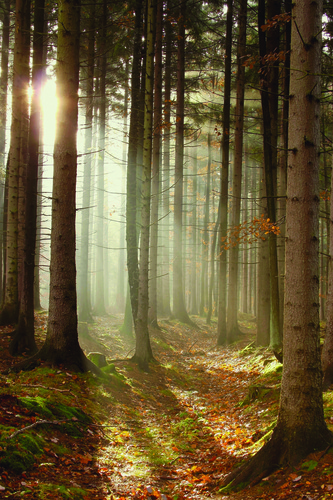 Jason Sinden, Head of Investment and Property for UPM Tilhill, explains: “2014 was another busy year for forestry property sales. However, compared to 2013, there was a shortage of prime quality forests and it appears that sellers used the strength of the market to profitably dispose of lower quality properties.

“Scotland dominates the commercial forestry market and the independence referendum caused a brief pause in activity. However, following the ‘No’ vote, there has been such a flurry of transactions and already predict that 2015 will set a new record."

The period covered by the report (from October 2013 up to September 2014) saw GBP82.85 million of forest property traded. This equates to a 15 per cent reduction on the total market size in 2013 but shows a continuation of the longer-term trend, since 2008, of a rising total market size.

Sale prices continue to exceed guide prices, with the average difference increasing since 2013 to around 23 per cent. In England around 17 per cent of transactions are private, off-market sales compared to 21 per cent in Scotland and 8 per cent in Wales.

The dominance of the Scottish market has increased further, accounting for around 77 per cent of the total value traded despite some transactions being delayed until after the Independence referendum.

Most of the forests being traded today were originally planted between the 1960s and the late 1980s and contain predominantly Sitka spruce.

UPM Tilhill UPM Tilhill is always pleased to hear from individuals or companies who are considering investing in forestry. The company’s team of Woodland Investment Advisers helps customers buy, sell, manage or harvest timber and get the best from their forest regardless of the size or location and offers a full acquisition service and a seedling to harvester management.

UPM Tilhill, established more than 60 years ago, is a national company operating from a network of offices throughout the UK. It is the UK’s largest forest management and timber harvesting company.

For a full copy of the Forest Market Report 2014 visit www.upm-tilhill.com

The UPM Tilhill Forest Market Report records some 1,391 transactions from October 1997 to September 2014.

• The properties are over 20 hectares in size and are predominantly conifer.
• Data includes crop ages and yield classes (estimated) for the primary productive species.

This report includes publicly recorded sales and, where possible, off market sales. Off market sales are difficult to quantify accurately due to their unpublicised nature and could add significantly to the total market value.

The area referred to is not the gross total area but the stocked area, i.e. the net productive area which is carrying a crop. Unplanted land or ground for replanting is excluded. By analysing the stocked area we are focusing on the productive commercial elements of the properties in line with the overall intention of this report. The transaction date used is that on which the legal liability is estimated to have transferred.