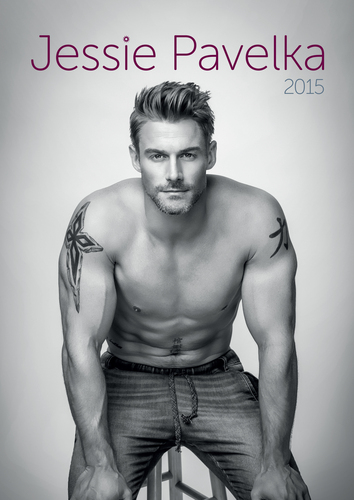 Next week Texan born fitness expert Jessie Pavelka takes time out of his work with NBC’s Biggest Loser USA to support the UK charity he has been a Patron of for the past 2 years.

HOOP UK (helping overcome obesity problems) Jessie Pavelka working with HOOP UKis delighted to welcome Jessie as guest of honour at their fund raising events in Scotland which are being held to celebrate the launch of HOOP Scotland. "Pavelka is also promoting his sexy 2015 Calendar which this year also benefits HOOP (UK)."

Pavelka regularly works in the UK and is seen most weeks on our screens as the mentor and presenter of Sky Living's raw but sensitive series, Fat: The Fight of My Life. The show sees Jessie mentoring 10 individuals through their weight loss journey. The unique emotional connection that he makes with the contributors has captured the attention of the British viewer and his following has grown steadily since the show’s release in July 2013.

He is also taking part in the ITV Good Morning Britain health segment this coming January, working with Dr Hilary Jones encouraging the British public to reduce their sugar intake for 2015.

The UK is my home from home. I have spent a good deal of my time here over the past 3 years. I'm really encouraged by the response to my work regarding the obesity issues here but there is so much more work to do. My aim is that my on screen work creates a legacy so that people are encouraged to change their lifestyles and gain health. Making it part of everyday life is the major part of losing weight and more importantly keeping it off.

Pavelka is attending a ball in Edinburgh at the beginning of December where he is looking forward to sporting a kilt which will then be up for auction to help raise more funds for the charity.

We started HOOP in 2012 and Jessie quickly got involved. In all honesty he is one of the main reasons that we are in existence as it was with his support and fund raising abilities that we were able to survive in the early days. There is a huge stigma surrounding obesity and raising money in the normal ways is not always easy. One of the aims of HOOP is to break down that unhelpful stigma and Jessie's voice in this is critical. We are so lucky to have him and are looking forward to welcoming him back in December.

Pavelka, 32, has a very different role in the US where he works with 3 other trainers on The Biggest Loser USA, now in its 16th season.