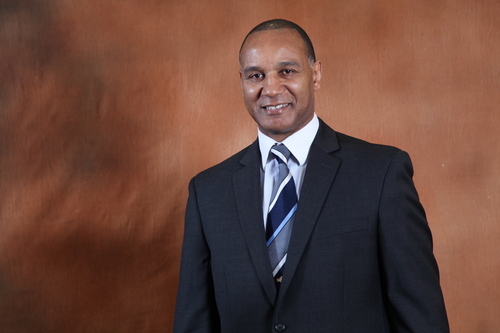 Olympian Densign White has been formally announced as the new CEO of the International Mixed Martial Arts Federation (IMMAF).

The British judoka has past international sporting credentials that include triple Olympian, World Championship medallist, 5 times European medallist and Commonwealth Champion. At the close of his competitive days, White chose to pursue a career in sports administration serving 11 years as the Chairman of the British Judo Association, from 2001 to 2012. He moved onto serve internationally as the European Judo Union Head Sports Director and has acted for 2 years as an executive member of the British Olympic Association. In total White has four decades of experience in judo under his belt, as athlete, coach and administrator; and continues to coach today.

Established in 2012, IMMAF is the international governing body for the sport of Mixed Martial Arts (MMA). Founded from within the MMA community, IMMAF aims to protect, regulate and further the development and recognition of the sport on all levels; enabling international competition through the organization of non-profit, democratic national federations across the world. For more about IMMAF visit IMMAF website

Mixed Martial Arts and judo have much in common and indeed judo forms just one component of its hybrid cousin, with increasing numbers of competitors transitioning from judo into professional MMA as it continues its phenomenal growth. UFC Bantamweight Champion Ronda Rousey is one of the most famous faces to have followed this path: She won a bronze medal at the Beijing 2008 Olympic Games before making her MMA debut in 2010.

IMMAF President, Bertrand Amoussou said: “Densign White brings invaluable experience from his previous administration of an Olympic martial art, and the IMMAF board believes that he is the best candidate to carry the organization through the next phase of its journey. I speak on behalf of the whole board in saying we are very proud to welcome Densign White to the IMMAF helm, and we look forward to successful years ahead for the sport under his leadership.”

Densign White said: “I am delighted to be joining IMMAF at this exciting and challenging time in its evolution, and I want to thank the board for giving me this opportunity. The growth of MMA globally has been extraordinary, but with that comes greater responsibility for IMMAF as the leading International Federation for the sport. Over the coming weeks and months IMMAF will raise its game in terms of governance, education for coaches and officials and implement a new global programme of world class competitions. This project will require a lot of work from me, the board, our members and volunteers. With this combined effort I am confident that this organization will achieve success beyond and above all expectations”