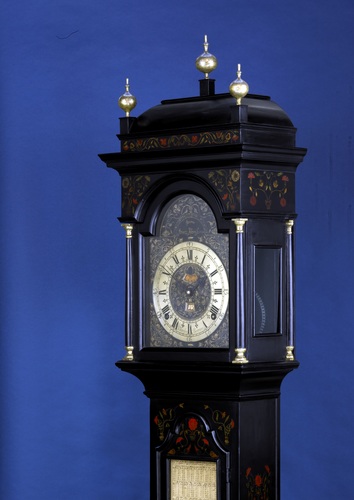 ItŌĆÖs extraordinarily rare to have five of John HarrisonŌĆÖs clocks together, and itŌĆÖs quite possible that it will never happen again

Sunday 4 January will be the last chance to see the excellent ŌĆśShips, Clocks and StarsŌĆÖ exhibition at the National Maritime Museum, Greenwich.

Open since July 2014, it has been one of the museumŌĆÖs most successful exhibitions ever.

It marks the 300th anniversary of the Longitude Act of 1714, which offered a ┬Ż20,000 prize to anyone who could devise a clock which could determine longitudinal (east-west) position.

After a lengthy race between many of the great minds of the day the problem was finally solved by English clockmaker John Harrison, who was rewarded by the Board of Longitude in 1773.

The core of the ŌĆśShips, Clocks & StarsŌĆÖ exhibition is made up of all five remaining Harrison timepieces, thanks to the contribution of avid horologist Dr John C Taylor OBE who has allowed his prized John Harrison Longcase Pendulum Clock to be displayed.

Following the closure of ŌĆśShips, Clocks & StarsŌĆÖ in London, the clocks from the exhibition will be displayed in the Folger Shakespeare Library in Washington, DC, the Mystic Seaport Museum in Mystic, Connecticut and the Australian National Maritime Museum in Sydney.

Amongst the four timepieces that Dr Taylor has provided for the exhibition is his ŌĆśMudge GreenŌĆÖ clock, which was built in 1779 by Thomas Mudge. It is a landmark timepiece because of its pioneering use of a constant force escapement, a piece of technology that is still used in clocks today.

This is the first time that all of the Harrison clocks have been exhibited together and it is a unique chance to become immersed in BritainŌĆÖs rich horological and navigational history.

Speaking about the exhibition, Dr Taylor said, ŌĆ£It is truly an honour to be a part of this fantastic exhibition.

ŌĆ£ItŌĆÖs extraordinarily rare to have five of John HarrisonŌĆÖs clocks together, and itŌĆÖs quite possible that it will never happen again.

ŌĆ£I urge anyone who is interested in these magnificent clocks to come along to the exhibition - missing out would be a great pity.ŌĆØ

Dr TaylorŌĆÖs interest in clocks does not lie solely in their history. He is the inventor and creator of the famous Corpus Chronophage which he donated to Corpus Christi College, Cambridge, where he studied Natural Sciences. In deference to the clocks of John Harrison, the Chronophage, which is Ancient Greek for time-eater, features a huge grasshopper escapement in the shape of a fearsome moving grasshopper.

He recently created the Dragon Chronophage, a similar timepiece that features a moving dragon, which explores the theme of the relativity of time and only tells the correct time once every five minutes. It will be exhibited in China at the Design Shanghai event in March 2015.

A video of the Corpus Chronophage can be seen here.

Dr John C Taylor OBE was born in Buxton in Derbyshire in 1936. Having spent six years living in Canada during his childhood, he returned home at the end of the Second World War and attended King William School on the Isle of Man before studying Natural Sciences at Cambridge University.

After finishing his education he took a job at Otter Controls, run by his father, and started working in bi-metal. His work with these controls led to Dr Taylor designing the thermostat systems that are used in almost one billion kettles and small household appliances.

Dr Taylor has also conducted a lot of research in the subject of horology. His admiration of John Harrison, an early pioneer of clocks and timekeeping, led him to design and help build the Corpus Chronophage, a metre-high clock that is displayed in the Corpus Christi College building at Cambridge University.

In his spare time, Dr Taylor also holds a keen interest in aviation, having been a private pilot for over sixty years. Initially taught by his father as a child, he has so far amassed over 5,000 hours of flying time. He has a small collection of private planes that he keeps near his home in Arragon Mooar on the Isle of Man.

In June 2014, Dr Taylor started a trans-Atlantic flight in a HUSKY plane. He was forced to stop in the early stages of the trip due to adverse weather conditions.

In order to give something back to those who have helped him over the years, Dr Taylor is an active philanthropist, having donated to various worthy causes. In addition to investing one million pounds of his own money in the Chronophage, which he donated to the university, he also helped to fund the library in which the clock stands.