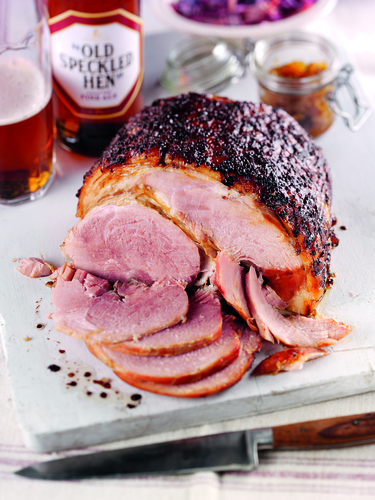 Christmas might conjure up visions of snowballs and sherry for many but ale could be the drink of choice for households this festive season.

Experts have reported that premium ale is growing at ten times the rate of total alcohol *, and with Christmas historically acting as a trigger for people to switch to ale from lager, wine and spirits **, this can only be good news for brewers.

Old Speckled Hen, brewed by Greene King, is among the ales most likely to make it onto Christmas dinner tables this year. The UK’s number one premium ale brand has further strengthened its position over the past 12 months* and is helping drive growth in the ale category as a whole***.

Chris Houlton, managing director for Greene King Brewing & Brands, attributes the growing popularity of ale to the industry’s resurgence among foodies and younger audiences. He said: “Ale is now being enjoyed more widely than ever with all ages and sexes taking advantage of the huge variety of flavourful beers that are available. It is also increasingly being seen as a good pairing for food.”

To reward customers this Christmas, Old Speckled Hen has launched a pop-up pub off Oxford Street that allows customers to avoid the crowds and have their presents wrapped by Ale Elves. They are invited to settle their bar tab by sharing a picture of their pint on Twitter using the hashtag #Oldspeckledhaven

The concept pub, named The Old Speckled Haven, opens its doors in London this week and will be rolled out to support other busy shopping periods nationwide next year. The London Haven is taking over the Masons Arms on Maddox Street.

The brand has also partnered with TasteCard, the UK's number one dining club, to offer members and exclusive attendance incentive that will be promoted across all online and social media platforms.

For urgent out of hours media enquiries, please contact the Greene King Press Office on 01284714565

• Greene King, the pub retailer and brewer, was founded in 1799 and is headquartered in Bury St. Edmunds, Suffolk. It currently employs 23,000 people across its main trading divisions: Retail, Pub Partners and Brewing & Brands.
• It operates 1,914 pubs, restaurants and hotels across England, Wales and Scotland, of which 1,032 are retail pubs, restaurants and hotels, and 882 are tenanted, leased and franchised pubs. Its leading retail brands are Hungry Horse, Old English Inns, Eating Inn and Loch Fyne Seafood and Grill.
• Greene King also brews quality ale brands from its Bury St. Edmunds and Dunbar breweries, and is the UK’s leading cask ale brewer and premium ale brewer with brands such as Greene King IPA, Old Speckled Hen, Abbot Ale and Belhaven Best.