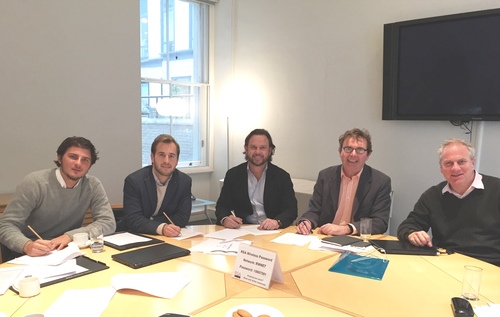 This investment increases our reach in Northern Europe, bringing us local presence in Scandinavia.

Sportsbud Sweden AB was founded by Max Ellberg, Axel Djurson and Johannes Muellner in 2013 as a distributor of electronic products. It became a customer of Widget UK in 2013, buying Fitbit and other products to sell on to retailers in the Scandinavia. It also signed a distribution agreement with Pebble in 2014 which made it exclusive distributor of Pebble smartwatches in the Nordic markets.

Mark Needham Chairman of Widget said “This investment increases our reach in Northern Europe, bringing us local presence in Scandinavia. With our home distribution team in Stevenage, and our subsidiary in Eindhoven, Widget can now distribute across a wider swathe of territory than before.”