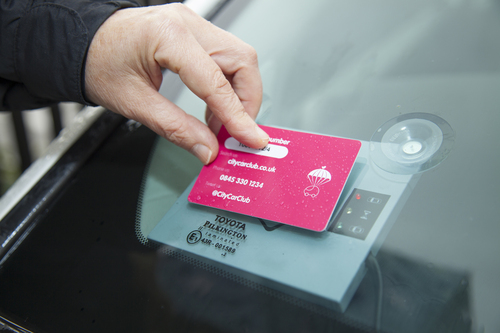 City Car Club, the organisation behind Brighton & HoveŌĆÖs innovative car-sharing scheme, has announced that there are now 100 car club vehicles across the city, further strengthening Brighton & HoveŌĆÖs position as the largest car club operation in England outside of London.

Currently more than 3000 people in Brighton & Hove use the scheme, having switched from owning a vehicle to sharing one. The hope is that this number will continue to rise as more residents are able to experience the benefits of car-sharing as City Car Club vehicles in Brighton & Hove become more accessible.

Since its launch in 2003, the car club has been celebrated as a convenient and economical alternative to car ownership, although it has also proved to have significant environmental benefits. Alongside improved public transport and cycling infrastructure, City Car Club has been an important factor in reducing congestion and air pollution in Brighton & Hove. It has also played a significant role in the city being recognised as one of the least-car dependent in the country by the Campaign for Better Transport.

Research by Carplus, the UKŌĆÖs regulatory body for car clubs, found that for every car club vehicle in operation in Brighton & Hove, 5 private vehicles are taken off the road, helping to alleviate parking issues felt across the city. In 2014, the presence of City Car ClubŌĆÖs low-emission and hybrid vehicles also saved in excess of 60 tonnes of CO2. This is due to the scheme encouraging residents to walk, cycle and use public transport for shorter journeys and use their environmentally friendly vehicles when travel by car is the only option.

Councillor Ian Davey, Brighton & Hove CouncilŌĆÖs Lead Member for Transport, has praised the impact of City Car Club on the growth of Brighton & HoveŌĆÖs sustainable transport network, ŌĆ£We have been working hard to improve sustainable transport options in the city for a number of years now and itŌĆÖs wonderful to see it pay off. The car club scheme delivered by City Car Club has played an important role in engaging residents and promoting the use of alternative forms of transport. More and more people continue to realise that their approach to motoring is a much cheaper alternative and one that is able to demonstrate impressive environmental benefits.ŌĆØ

James Finlayson, Managing Director of City Car Club, reacted in kind, noting the importance of reaching the 100 vehicle milestone and its impact on driving habits in the city:

ŌĆ£WeŌĆÖre really proud of what has been achieved while working in collaboration with Brighton & Hove Council. The fact that Brighton & Hove has become EnglandŌĆÖs largest car club operation outside of London is a real milestone. With 100 cars and vans across the city, residents are able to benefit from more immediate access to the car club and its showing dividends, particularly in light of the city being recognised as one of the least car-dependent in the country.ŌĆØ

In celebration of this achievement, City Car Club has set up an initiative to encourage more residents to use the scheme and experience the benefits for themselves. New members will be able to claim ┬Ż30 worth of free drive time by simply quoting BCC371 when they fill out the online application form. The hope is that as more people use the scheme it will further strengthen sustainable transport options within the city and continue to alleviate pressures surrounding parking, air pollution and congestion.

For more information or to request an interview with a City Car Club representative contact: City Car Club, on 0113 394 3973 or email marketing@citycarclub.co.uk