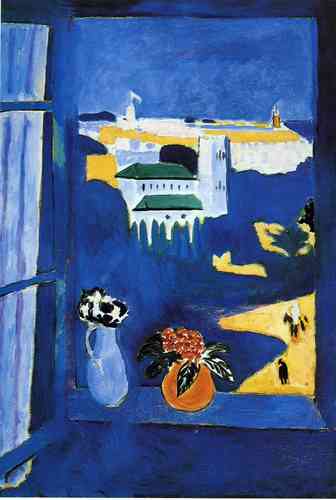 Holidaying art lovers, and particularly admirers of the great French painter Henri Matisse, should be delighted to hear of the re-opening in that most magical of North African cities, Tangier, of the stunning Grand Hotel Villa de France where the French artist chose to live and work when he came to Morocco a little over a century ago.

Built in 1880, the hotel became the much-loved watering-hole for an élite of Europeans travelling to the international port of Tangier, and since its opening it has hosted many royals, dignitaries and members of the British aristocracy. It was extended in around 1900, outclassing its two main local competitors, the Hotels Cecil and Continental; indeed the Villa de France only lost its pre-eminent position when the Scottish businessman Lord Bute opened a larger and more sumptuous rival in 1930, the Hotel El Minzah, a favourite with Sir Winston Churchill and such Hollywood legends as Rita Hayworth, Rex Harrison and Rock Hudson, and whose excellent reputation continues today. After the Second World War, the Villa de France underwent a slow but steady decline as the El Minzah cemented its reputation. Both hotels are now part of the General Mediterranean Holding group owned by Iraqi-born British businessman and philanthropist Sir Nadhmi Auchi, and their Le Royal Hotels and Resorts division also has a number of five-star establishments in Luxembourg, Spain, Hammamet, Sharm el-Sheikh, Amman and Beirut.

Closed for two decades and threatened with demolition during the 1990s, the Villa de France lies in the middle of what was once the prestigious diplomatic quarter of Tangier. The heritage building has been splendidly refurbished and now houses a discreetly luxurious 58 rooms and suites. Its beautifully restored Moorish architecture, along with its fountains, terraces and gardens would all have excited Matisse, who enjoyed one of the most prolific artistic periods of his life during his prolonged stays at the hotel in 1912 and 1913 – indeed he produced over twenty paintings and several dozen sketches during this period. His renowned Window at Tangier (1912) was painted from what was, at that time, Room 35. The view from the hotel, on a steep slope overlooking a park with St Andrew’s Anglican Church, the Grand Socco, the Medina and the distant Casbah, remains almost unchanged to this day, and the owners of the hotel do well to give explicit homage to the artist who, as they point out, himself owed a debt of inspiration to the city of Tangier.