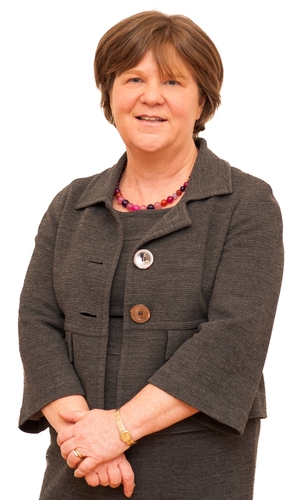 "Workplace disputes, particularly those that involve violence or derogatory comments and acts, are usually likely to amount to gross misconduct", says Debbie. "No assumptions should be made, however, and a fair procedure should be followed in all cases and there may be mitigating circumstances such as illness or medication causing the behaviour."

In an interview on BBC Radio 5 Live this morning, Debbie said:

"What an employer is required to do is investigate any allegations, come to a conclusion and then, if they have concluded that there is misconduct, hold a disciplinary meeting. In a normal employment situation you would have expected the investigation to be carried out promptly; two weeks is a fairly long time."

Of course, as Jeremy Clarkson was a contractor and not an employee, disciplinary rules don't apply in the same way. Debbie adds, however, that "this opens up a whole can of worms and an interesting debate for other employers. For example, how far do you let high-performing individuals push the boundaries? Is there a business case for allowing them to get away with more before enough is enough?"

Additionally, Debbie mentions that this situation could pose an HR issue to other organisations willing to offer Jeremy Clarkson a contract, as they could leave themselves open to 'if he can do it, I can' behaviour. "Employers who tacitly condone bullying behaviour lay themselves open to existing employees claiming constructive dismissal", she adds.

Debbie joined Taylor Bracewell in January 2015 as a Senior Employment Solicitor working out of their Sheffield and Doncaster offices. She has over 20 years' experience, having worked at major Yorkshire law firms Nabarro, Walker Morris, Irwin Mitchell and Cobbetts.

Sara Ellison, Head of HR & Employment Law at Taylor Bracewell, adds: "In a high profile case such as this one, the employer is in a difficult position whereby their actions are being scrutinised by millions of people. Getting a disciplinary process wrong could lead to expensive claims of unfair or constructive dismissal, breach of contract and possibly discrimination in some circumstances."

Taylor Bracewell are a well-established and growing law firm with specialist departments for HR & Employment Law, Business & Charity Law, Family Law, Personal Law and Dispute Resolution. Whilst the firm is Yorkshire-based, it has handled legal matters in other parts of the UK as well as the USA, Australia and Canada. To discuss any legal matters in the areas detailed above, contact the friendly team at www.taylorbracewell.co.uk

Debbie Mactaggart and Sara Ellison are available for comment as the news story continues to unfold.

Taylor Bracewell operates from offices in Thorne Road, Doncaster, and Sheffield's Fountain Precinct. Specialist areas are: HR & Employment Law, Family Law, Business Law, Personal Law and Dispute Resolution. The firm has been awarded the Law Society’s law management quality mark, Lexcel as well as having been recognised by the Legal 500 definitive independent guide to legal services as a 'Leading Firm 2014'.

The Partners and other team members can be contacted via Frederika Roberts for press / media commentary on a range of topics within the above specialist areas.