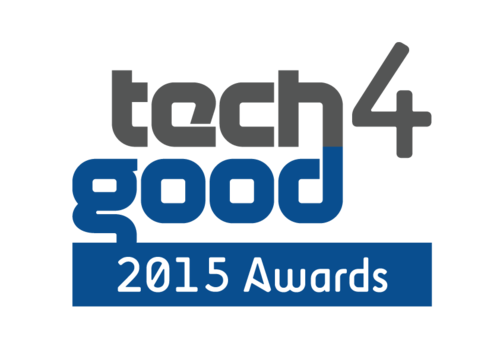 A survey conducted by national charity AbilityNet to mark the fifth Tech4Good Awards shows that although most consumers can see the potential health benefits of wearable devices such as the Apple Watch, Fitbit or Jawbone they are unlikely to use them because of fears about who will access their data.

Conducted in April 2015 the survey asked about the new generation of wearable devices and the personal health data they collect, such as heart rate, body temperature, distances run etc.

Questions asked included: Would the potential health benefits of sharing that data outweigh people’s privacy concerns? Who would they feel comfortable sharing it? And who would they definitely not want to be able to access it?

While half the sample could see potential benefits of sharing health data using these devices, the large majority would not share it with private companies. People said they would not trust them without guarantees of anonymity.

As one survey respondent said:

“I would want to know that it was for my benefit - or for general health research - and not for private companies to try to sell me something."

Another respondent voiced a common concern:

"Would insurance companies use data to increase premiums for people with particular health conditions?"

"We know that Apple sees the Apple Watch as a health device, and has done a lot to allay fears about data usage. But the results show that it comes down to trust.

“People only want to share their personal data with people who they feel they can trust, such as doctors or the NHS, or if they know it will be used in research projects for the public good. They don’t feel happy having private companies using their data for their own gain.

“If so few people trust private companies with their health data I question how long devices like the Apple Watch, Fitbit or Jawbone will survive in the technology market place. Consumers can see the benefits of wearable technology, but the case for sharing personal health data still needs to be made.

“The technology is becoming much more familiar, people are beginning to get used to the idea of wearable, interactive technology and are looking to technology to solve some of the problems of modern life, but healthcare providers and private companies interested in data gathering need to provide greater reassurance to their customers."

There is some good news for General Practitioners and the NHS however; the majority of people surveyed felt most confident about sharing digital health data with their doctor or with the NHS.

"I would not want anyone other than my doctor or close family seeing any medical data and would not want it passed on to anyone else without my explicit permission."

"I would be most nervous of my health data being used by the wrong people e.g. being sold on to suppliers such as insurance companies. I am concerned I would be discriminated against because of the data I have shared."

AbilityNet's digital health survey was conducted ahead of the charity's Tech4Good Awards, which includes a digital health category, won last year by PEEK – an app for diagnosing cataracts. Entries for this year’s Awards close at 5pm on Friday 8 May.

For more information call Catherine Grinyer on 07713248387 or email press.office@abilitynet.org.uk

Notes to editors
1.AbilityNet conducted the survey in April 2015, there were 89 respondents who completed the questions anonymously.
2.The survey was commissioned to inform the Tech4Good Awards Digital Health Award category. The survey report is available on request.
3.The Digital Health Award is open to any individual, business, charity, social enterprise or government organisation with a base in the UK.
4.The judges are looking for inspiring examples of the way that computers and the internet can help improve people's health. Entries for Tech4Good Awards close on Friday 8 May at 5 pm.
5.National charity AbilityNet helps people with disabilities use digital technology at home, at work and in education. The Charity’s Patron is Baroness Martha Lane-Fox of Soho, former UK Digital Champion.