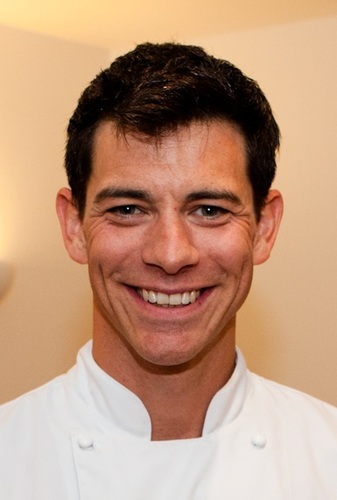 Shrewsbury’s first Street Food Event is being launched by Shropshire’s favourite celebrity chef Marcus Bean in a bid to bring the latest street food personalities and produce to the medieval town.

Eat Street, Shrewsbury will take place in the grounds of St Alkmunds church off Butcher Row in Shrewsbury on Friday 22nd May from 4pm to 10pm. Entry will be free of charge.

Amongst the eight traders that will be showcasing their street food will be seasoned street food favourites The Beefy Boys from Hereford and London-based Dog Town London. They will be lined up alongside Shrewsbury’s Barkworths Seafoods, Eat Up’s big coffee van and Polly’s Parlour Vintage VW ice-cream van.

The event promises to be a pioneering new food event for Shrewsbury, bringing new and original food experiences and a festival atmosphere to the streets.

Marcus Bean said: “This is an exciting time for food lovers as the first event of its kind in Shrewsbury and just the start of the Eat Street Shrewsbury event line-up.”

“I’m already working with local traders to help them develop dishes that fit with the street food experience and food offering. All of my eight hand-picked traders have plenty of personality and with the addition of live music and entertainment there will be a real festival vibe to the event. A selection of the traders are well known in the street food movement and their signature dishes are legendary. You can’t go home without one of Dogtown London’s Big Smokey hotdogs or a 12-hour smoked pulled pork bun.”

Kirsten Henly, BID Manager added: “Our streets are packed with talented chefs, fine food producers and independent retailers. We are delighted to be working with Marcus to showcase this talent, taking to the streets to shout about our fantastic food and drink offer and promoting the town as a real foodie destination. Marcus is a great mentor for retailers and champion for the town. We are looking forward to seeing the events unfold through the summer months.”

Eat Street Shrewsbury will be back again in August, with further dates and venues to be announced on social media over the coming weeks and months. For more information follow @eatstreetshrew on Twitter Eat Street on Facebook.

The Shrewsbury Business Improvement District (BID) comprises of more than 500 levy paying businesses, bringing in more than £300,000 per year for reinvestment into town centre projects and activity.

The BID achieved a YES from businesses in November 2013 after 76 per cent of companies voted in favour of the BID being established. It became operational on April 1 2014.