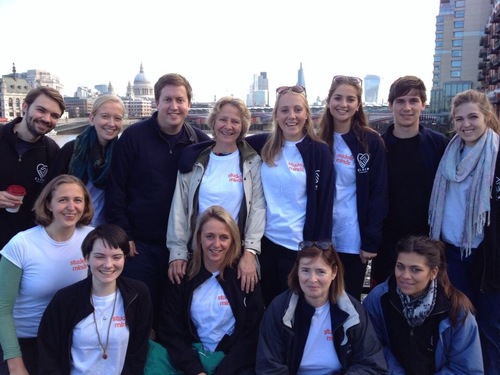 Mental health awareness week means different things to different people and organisations. For Kenny Johnston, it’s an opportunity to show the stigma can be overcome and inspire people suffering in silence.

Four years and half years ago, Kenny was focused on one thing; ending his life from the mental illness nightmare he was enduring due to depression. He woke up on Tuesday October 12th determined to end his life and after two attempts, he realised it wasn’t meant to be. As he lay alone on the floor in his shed he decided that this was the lowest point of his life and he never was going to allow himself or anyone else he knew to enter the place where suicide became the only option.

On Saturday 16th May, CLASP Charity hosts their 2nd ‘Walking out of Darkness’ event to end the stigma surrounding mental health and increase suicide prevention. The 10 mile walk takes place during ‘Mental Health Awareness Week’ to inspire people across the country and open minds about mental health and address the stigma surrounding mental illness. The event has particular significance to Kenny, as he is the Founder and CEO of CLASP Charity.

Motivated by his own ordeal, he has obtained support from NHS England, Time to Change, Rethink Mental Illness, Legal & General, Pure Gym, Wandsworth Council plus several other London Councils as well as a host of other businesses and services across the country to reach out to the millions of people across the UK who struggle with their mental health and offer support. The event also marks the beginning of a partnership between CLASP and the NHS to launch a new mental health wellbeing and suicide prevention helpline service.

The ‘Walking out of Darkness’ event is supported by the Department of Health, Bank of England, Financial Ombudsman Service, plus others and has also been commended by Norman Lamb, former Department of Health and Care Minister and Mayor of London Boris Johnson who stated, “Those struggling with mental ill health often go unnoticed and unsupported. Yet, there is much we are doing to improve our mental health and prevent suicides, and I applaud CLASP’s work to help Londoners who are struggling in this way”

Mark Winstanley, CEO of Rethink Mental Illness, said: “Mental illness affects all of us in some way, but the stigma around it can make it hard for people to open up about what they’re going through and get the help they need. We hope this event can make a real difference by raising awareness of mental health among Londoners, as well as raising money for charities like Rethink Mental Illness which directly support people affected by mental health problems.”

Sue Baker, Director of Time to Change, the national mental health anti-stigma campaign, who will be attending the event said: “We need to have more conversations taking place about mental health problems to bring the issue out from the shadows and make it less of a taboo subject. The Walking out of Darkness event, as well as hundreds of other events taking place across the country, offers people a chance to join the movement and show that it’s time to break the silence that surrounds mental health.”

Registration is only £10 and participants can fundraise for any UK mental health charity they want or walk for the cause. Starting in Bernie Spain Gardens by the OXO Tower in London at 10am participants will set off along the Thames Path and take in some of London’s most iconic landmarks including Tower Bridge, the Tower of London and the Houses of Parliament before an afternoon of entertaining attractions and a variety of mental wellbeing advice in Battersea Park.

CLASP invites everybody willing to walk out of the darkness of the stigma surrounding mental illness to come along and support the 1 in 4 suffering in silence at this unforgettable event.

For more information and details on how to register, visit the CLASP website www.claspcharity.com

For more information or enquiries please call Kenny on 0203 600 3601 or email at hello@claspcharity.com