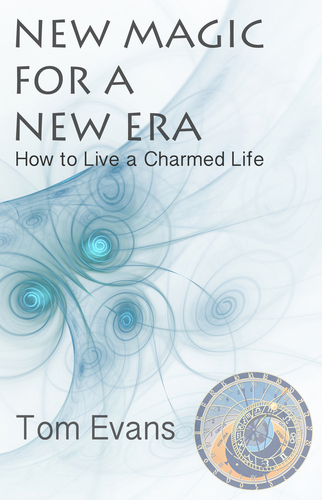 Ex-BBC television engineer Tom Evans has now published 11 books, created the world's first time management system based on mindfulness, hosts a successful podcast called The Zone Show and, most recently, become one of 10 winners to be featured at the One Big Book Launch.

His selection means that his latest book New Magic for a New Era, alongside nine others, will be launched on June 3 2015 at the Free Word Centre, 60 Farringdon Road, London EC1R 3GA.

Speaking ahead of the event, Tom said, “It’s great to have been selected for One Big Book Launch alongside such exciting authors. New Magic for a New Era is about luck and how to bring more good fortune into your life. I must say that I feel lucky to have been chosen by CompletelyNovel for this award!”

So how did the book New Magic for a New Era come about?

Tom Evans was born and raised in Moss Side, Manchester, one of seven children. After attending grammar school, he went on to get a degree in Electronic Engineering at Birmingham University and work at BBC Manchester, Oxford Road. In 1983, Tom moved to London and built his own broadcasting service and equipment manufacturing company, which he sold in his mid-thirties before building a successful ecommerce business.

What’s more remarkable about the One Big Book Launch is that it’s in exactly the same building that Tom launched his broadcast manufacturing company in over 30 years ago, after leaving the BBC. See what Tom Evans says.

New Magic for a New Era tells this Manchester man’s journey and explains how it’s not obligatory to struggle. It also explains how to bring more wealth, health and happiness into your everyday life.

Living Timefully is also one of Tom’s many philanthropic initiatives. The self-study course is available free of charge to any one suffering from a terminal or life shortening condition so they can make the most of their time. It is also available for complementary preview for journalists and is especially useful for anyone working in an environment with deadlines. Tom has launched several other philanthropic initiatives this year making relaxing meditations freely available to those with ADHD, OCD, PSTD, dementia and life-shortening illnesses.