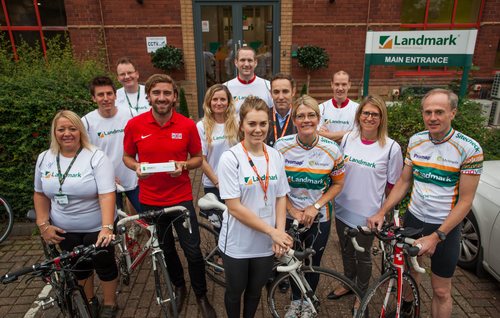 Increased energy, productivity and motivation levels along with reduced sickness can only positively impact our business

A survey* of employees undertaken by Landmark Information Group to measure the impact of a genetically-guided corporate wellness programme, just six months after being the world’s first company to do so, has revealed significant changes both in awareness and attitude to diet and exercise.

The programme, which is being run in partnership with DNAFit, has seen more than three quarters (80%) of the Landmark employees who were tested, report an increase in the overall awareness of their health and wellbeing with a further two thirds (70%) making changes to their diet, while over 50% have modified their existing exercise regime.

These results come amidst alarming projections by the World Health Organisation** that by 2030 74% of men and 64% of women in the UK will be overweight and further stresses the duty that companies have to assist and encourage employees in managing their diet and boosting their fitness levels.

Commenting on the survey results Landmark’s HR Director, Julia Lovell said: “The figures from the World Health Organisation are a warning sign and further highlight the need for people to better understand how we all respond differently to any exercise or food regime. The results revealed by the survey are hugely satisfying on two levels: firstly for employees, the programme has clearly helped to educate them with more than half (60%) now knowing why it’s important to understand their genetic make-up. This has seen them make a positive change in their behaviour towards food (68%) and exercise (43%).”

“Secondly as an employer, the wellbeing of our team is paramount and to be able to report this kind of progress in such a short period of time is a real achievement. Increased energy, productivity and motivation levels along with reduced sickness can only positively impact our business. This is a fantastic starting point but it’s important that we remain on this positive trajectory and we will do so by continuing to closely monitor its progress,” she added.

DNAFit tests 45 gene variants linked to a body’s capacity to cope with training and food. DNAFit reveals if a person is best suited to endurance exercise (heavy cardio) or power exercise (weights and sprints), how much recovery time is needed between training and the risk of soft tissue damage. The test also reveals a person’s carbohydrate and saturated fat sensitivity, lactose and gluten intolerance risk, as well as their ideal diet, detox ability, anti-oxidant needs, vitamin and micronutrient intake, salt and caffeine sensitivity.

The DNAFit test has been used to improve the performance of several premier league football teams and players such as Glen Johnson as well as elite athletes such as Team GB 800m runner Jenny Meadows. It also recently featured in the BBC Two documentary ‘The Olympic Journey: Born Winners” which saw Gabby Logan use the kit to find more about her genes.

Talking about his experiences of the DNAFit programme, Angus Middleton, Managing Director of Ecosystem Services, Landmark Information Group: “The DNAFit programme has certainly made me ‘up my game’ when it comes to exercise, plus I have made subtle changes to my diet, based on the direct feedback I received. Analysing my DNA, it found that I’m naturally ‘high output/long distance’ when it comes to exercise and that I should recover quickly, without high risk of injuries.

Taking this on board, it made me realise there is greater potential for me to push myself harder with my cycling. Before DNAFit, I only ever cycled 1.5 miles to the train station – now I regularly cycle nine miles over the South Downs and go to the gym before work. It has really spurred me on. The programme also suggested that I should reduce processed starchy foods, so I have adapted my diet to also take this on board, and I feel great as a result.”

DNAFit’s founder Avi Lasarow said: “Obesity is a growing problem and companies can help to buck the trend by taking responsibility through the implementation of employee wellness programmes. Landmark is certainly leading the way in this sector and it’s great to see the progress that’s been made in a relatively short timeframe. Their objectives for employees to understand more about their lifestyle, health and diet are clearly being met.”

DNAFit is now being used to help 56 obese people lose weight in a lottery-funded initiative in Essex run by Enable East. People struggling with significant excess weight are receiving a free DNA test to help them lose pounds.

It is thought that around 60% of variance in body weight is due to genetic factors and this can explain why not everyone responds the same, even if following the same diet. In a study of 191 obese people by the University of Trieste in Italy in 2014, those using a DNA-matched diet lost 33% more weight than those counting on an unmatched one. Patients on a DNA diet also gained more muscle, at an average of 6.1 per cent compared to 5.3 per cent – 16% more.

Notes to Editors:
* Over the last 6 months, Landmark has been working with DNAFit and became the world’s first company to offer genetically guided wellness plans. A total of 56 individuals were invited to complete take the survey to measure the impact of the programme’s introduction and a total of 33 responded.

About Landmark Information Group:
Landmark Information Group, part of the Daily Mail General Trust, is the UK’s leading provider of land and property search information, including digital mapping, environmental risk reports for property professionals and sophisticated property management tools to surveyors, risk and fraud managers and the broader financial markets. It also has operations in Germany in the form of On-Geo, and interests in Holland.

Landmark has quickly developed into a leading provider of property related environmental risk information and digital mapping since the inception of the business in 1995.

Working closely with data providers including Ordnance Survey, the Environment Agency, the Coal Authority and the British Geological Survey enables Landmark to offer current and historical environmental risk management information and desktop mapping solutions for the property industry. Since 1995, substantial investment has been made in establishing the Landmark database which is one of the largest geographical information databases in Europe.

About DNAFit Limited:
DNAFit is the flagship product of DNAFit Limited. DNAFit Limited was set up by Avi Lasarow, a South African entrepreneur, with a successful track record of launching and running a number of companies in the health sector. Avi commercialised the world's first Hair Alcohol Test with his company Trimega Laboratories; rolled out the first roadside drug testing project in South Africa. Avi is one of South Africa's leading international entrepreneurs and has been appointed Honorary Consul for the Republic of South Africa to the Midlands region of the UK. DNAFit is available to buy online at www.dnafit.com and is also offered by Champneys health spas in the UK and British personal trainer Matt Roberts.