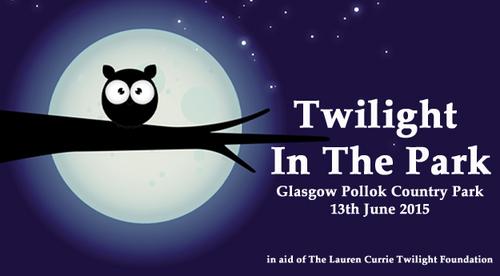 On the evening of Saturday 13 June 2015, Scotland’s only Vasculitis charity, the Lauren Currie Twilight Foundation will be holding a 5km Twilight sponsored walk followed by an exclusive outdoor cinema as part of their ‘Twilight in the Park’ event in support of vasculitis sufferers in the UK.

Tickets will cost £10 for adults and £5 for children, and can be bought here.

Lauren’s condition was only diagnosed in the final hours of her life and her parents realised that, with earlier diagnosis, her life could have been saved.
Because vasculitis is uncommon and early diagnosis is an important factor in the effectiveness of medical care, public awareness of the condition is one of the charity’s main objectives.

Vasculitis is a medical term meaning inflammation of blood vessels. It can be primary (occurring on its own) or secondary (occurring as part of another condition). Some people with vasculitis test positive for antibodies to constituents of certain white blood cells (anti-¬‐neutrophil cytoplasmic antibodies or ANCA) and are said to have ANCA vasculitis.

• In most cases the cause is not known. Many experts think that the illness is the result of infection in people who were born with a certain genetic predisposition.

• Vasculitis can also be caused by Illnesses which trigger inflammation in the body such as rheumatoid arthritis and inflammatory diseases of the bowel.