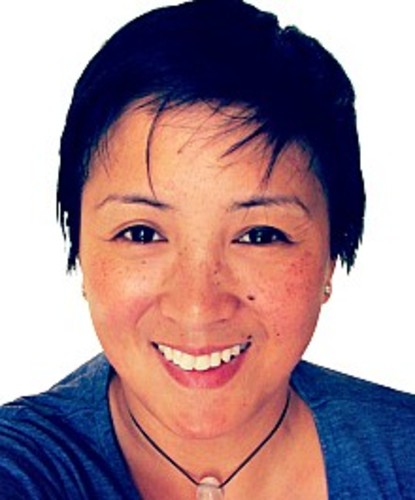 one good thing can lead to another, much as one domino falling causes another to fall

Tom Evans from Guildford, Surrey has authored eleven books and, as well as hosting the successful Zone Show, created the world's first time management system based on mindfulness, and, most recently, became one of ten winners to be featured at One Big Book Launch.

Here Tom discusses how one good thing can lead to another, much as one domino falling causes another to fall:

At the end of October last year, I was inspired to write a new book, New Magic for a New Era, which explores how we can live a magical life where opportunity turns up around every corner and serendipity lands at our feet.

I was inspired to write it by Lea Woodward, the most amazing and incisive business coach I have met in recent years. Lea pointed out that although I’d written ten books (at the time), I had not told my story.

My initial reaction was that my life was boring as nothing particularly bad had happened to me and I had lived a rather charmed life. Lea pointed out that the secret of how I had pulled this off was exactly what was worth sharing.

Thanks to CompletelyNovel, and a bit of time bending, by the end of February 2015 I had print copies of the book in my hands and it was available on Kindle and Nook worldwide. The flood of five star reviews that followed on Amazon quickly convinced me that there is an appetite for a book on this theme.

I didn’t fully appreciate at the time that this business strategy session made the first domino topple over. The book was published in February this year and caused a whole set of other dominoes to effortlessly topple over.

After the book was published, I was thrilled and honoured to have been selected as one of the ten authors of CompletelyNovel’s One Big Book Launch.

As it says in the book: ‘There is no need to go to hell and back, unless you want to’.

The book tells of my transition from being a BBC broadcast engineer to author, podcast show host and timefulness trainer. I guess it’s a transition from one side of the camera and microphone to the other.

In the early 80s, as part of this journey, I left the BBC, spent some time at Sony and ended up forming an independent engineering company in London. The launch of Channel 4 had created a huge demand for independent production companies and their equipment needed servicing and maintaining. I ended up at the right place at the right time.

My offices were located at AKA Film & TV Studios at 60 Farringdon Rd.

Roll the clock on 30 years and I’m now ‘engineering’ books not cameras, so imagine my surprise when I discover the location of the One Big Book Launch: the Free Word Centre, now based at 60 Farringdon Rd.

To complement and augment the book, I have developed a suite of self-study programmes for those who want even more magic in their lives. One of the most popular is called Abundant Thinking – and it’s all about money alchemy.

Only a week after launching it, I was pleasantly surprised to see this blog by the wonderful Judith Morgan on how it instantly worked for her.

One of the most amazing bits of feedback we can get for our work is when the methods we advocate can be taught and used by others.

Using the techniques for stretching time that I explain in the book, Vicki Wusche, one of my clients, has done something rather remarkable.

In the month of April, she wrote from scratch and we published a whole new book called The New Estate.

... And there are now more dominoes toppling weekly.

More details about Tom, his books, courses and podcast can be found online at www.tomevans.co . Tom would be delighted to take part in interviews. New Magic for a New Era can be bought here (http://www.amazon.co.uk/New-Magic-Era-Live-Charmed-ebook/dp/...).

Review copies of the book available to journalists on request.

He hosts the popular podcast The Zone Show, which explores the way in which we get into, and stay in, ‘the zone’ and has written a book on the subject: The Zone: How to Get in It and Stay in It.

Living Timefully is also one of Tom’s many philanthropic initiatives. The self-study course is available free of charge to any one suffering from a terminal or life shortening condition so they can make the most of their time. It is also available for complementary preview for journalists and is especially useful for anyone working in an environment with deadlines. Tom has launched a new spin off from his “New Magic” book called A Weller Being. It is a program to help with self-healing and recuperation from illness and disease. This is available on a pay-what-you-can-afford basis.