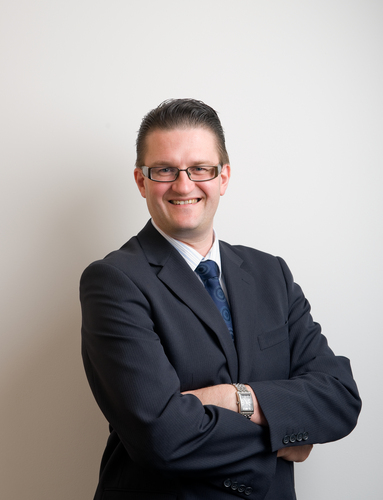 How often is it that you read a book that has the potential to save lives?

At 7PM on Tuesday June 23, author and podiatrist Peter Allton will launch his book ‘Undefeeted by Diabetes: a Step-by-Step Guide to Keep your Feet Healthy for Life’ at the Institute of Directors, 116 Pall Mall, London SW1Y 5ED.

Worldwide, someone has a lower limb amputated because of diabetes every 20 seconds and in 85% of cases this could be avoided. Undefeeted by Diabetes focuses on helping people with diabetes live in what Peter calls the ‘diabetic sweet spot’ – the safest possible place for them where they have a combination of knowledge and awareness of their personal risk and are taking appropriate action that helps them to live full and healthy lives.

The book is aimed at those with diabetes, their family members, friends and those at risk of developing diabetes.

As someone who lives with Type 2 diabetes, Peter knows how important education is to managing the condition. When his daughter was diagnosed with Type 1 diabetes at the age of 11 Peter decided to take action, start the global Undefeeted movement and promote good foot health for diabetes sufferers.

Speaking ahead of the launch, Peter said, “The launch event at the Institute of Directors is an exciting chance for us to spread our message to those who need to hear it. Diabetes can be extremely difficult to live with if you don’t have the right information and strategies in place.

“The number of people who live with the condition but are unaware of the impact it can have on their feet is staggering. Diabetes can play havoc with your feet unless you manage it carefully, and Undefeeted by Diabetes gives you the tools to do so.

“If someone develops a foot ulcer, their survival chances are worse than those of someone with prostate or breast cancer. A person with a foot ulcer has an 80% chance of not surviving five years, compared to 18% and 40% respectively for a person with breast or prostate cancer.”

Chris Day, founder of Filament Publishing, which published Undefeeted, said, “This is a special campaign and I am proud to be involved. How often is it that you read a book that has the potential to save lives?”

The Undefeeted campaign contains the book, a set of online resources and an initiative, run by Peter and Tina, which encourages podiatrists to volunteer some of their time so that people can have check-ups for free.

Tickets to the event are available here: https://www.eventbrite.co.uk/e/authorcraft-june-2015-event-a...

Journalists are welcome to attend and Peter would be delighted to take part in interviews on the night as well as in the build-up to the event.

Peter Allton is the clinical director of Circle Podiatry, the UK’s only multi-award-winning podiatry ‘brand’. As a podiatrist his life’s work has been fixing people’s feet and lower limbs. He is also the founder of Undefeeted, a global campaign, powered by Circle Podiatry, which aims to reduce the number of avoidable diabetes-related lower limb amputations.

After spending 13 years working in community and hospital clinics for the NHS in the UK, Peter set up his private practise in 2001: Circle Podiatry. He qualified as a podiatrist in 1988 and has treated more than 200,000 feet.
In 2005 his wife Tina left her teaching career to become practice manager and has become a driving force behind the success of Circle Podiatry. Together they have led their team to win numerous awards and become the UK’s only multi-award-winning podiatry brand.

Every 20 seconds, somewhere in the world, a person with diabetes is undergoing a lower limb amputation. It is estimated that 85% of these could be avoided. It is Peter’s vision that over the next ten years the Undefeeted campaign will help to cut that number by two thirds.