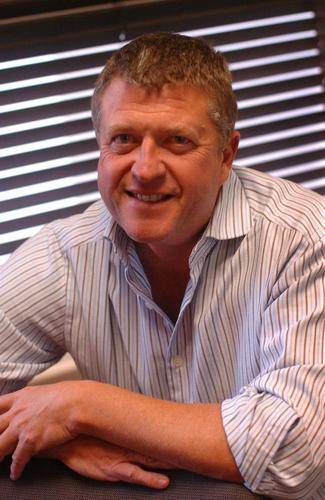 Reading, Berkshire – 15th June 2015 – C8 Consulting, the UK’s premier PR and marketing agency, is delighted to announce that its chairman, Ken Deeks, has received an MBE in the Queen’s Birthday Honours in recognition of his work in founding and spearheading Action for Children’s annual fundraising event, Byte Night.

Byte Night is the UK’s largest sleep out and involves businesses across the UK spending the night sleeping outside to raise funds for Action for Children. In 2013 Byte Night raised £1 million in a single year for the first time, and has kept growing since. All proceeds from the event support the charity’s vital community-based services for children and young people.

Ken, a father of four, C8 Consulting Chairman for four years and director at The Amber Group, had the idea for Byte Night in 1998 when he saw an advert for an Action for Children appeal on youth homelessness. Ken was familiar with the effort being made by the IT industry to prepare for the “Millennium Bug” and thought that the industry with which he had many links through his PR agency should make a similar effort to combat youth homelessness.

Byte Night started with 30 participants in 1998, who raised £30,000, and has grown phenomenally since then, with 1300 participants from a range of businesses and industries, sleeping out in eight locations across the UK in 2014, raising £1.1 million. In the 17 years it has been running Byte Night has raised a remarkable £7.2 million for Action for Children services which work with young people who do not have a safe and loving place to call home.

Paula Elliott, Managing Director of C8 Consulting and Vice Chair of the Thames Valley Byte Night Board said: “I am absolutely thrilled that Ken has been awarded an MBE. Having worked alongside Ken for many years, I’ve seen how tirelessly he has toiled for Byte Night and Action for Children and I personally couldn’t think of anyone else more deserving of this honour.”

Ken Deeks comments: “I am delighted to be recognised in this way and I am proud to work with Action for Children to support some of the most vulnerable young people when they need us most.

“We couldn’t do it without the thousands who take part in Byte Night and I hope that even more people will join this year.”

Sir Tony Hawkhead, chief executive of Action for Children, said: “This honour is a testament to Ken’s extraordinary good work. Byte Night is an amazing achievement and makes a huge contribution to Action for Children’s work with vulnerable young people.

“Byte Night has grown and grown over the years thanks to Ken’s relentless commitment and all the other people and companies who use their time and expertise to make it such a success.

“I’m excited to see how this year’s event in October will build on last year’s success to be the biggest Byte Night yet.”

To read more about Byte Night and sign up to take part, visit http://www.bytenight.org.uk/


About Action for Children

Action for Children works directly with more than 300,000 children, young people, parents and carers each year. With 650 services throughout the UK we are in communities where you live and work. We help transform the lives of thousands of children and young people each year and we’ve been doing so for 145 years. For more information, visit actionforchildren.org.uk or follow us on Twitter @actnforchildren.

C8 Consulting is one of the UK’s premier marketing agency serving clients in the UK and around the globe. C8 offers a range of services from high profile event planning and management to public relations to specialist copy writing and marketing design projects. C8 is the founder and main sponsor of the Twenties Club, a senior-level networking forum that has become a huge success for businesses. It is also a key driver and partner for the Thames Valley Business Barometer, a half yearly survey, which it works on in conjunction with global accounting firm, BDO to measure economic confidence in the South East of England. Owner Paula Elliott is vice-chair on the Thames Valley Byte Night Board, Action for Children’s national sleep-out event http://www.c8consulting.co.uk/