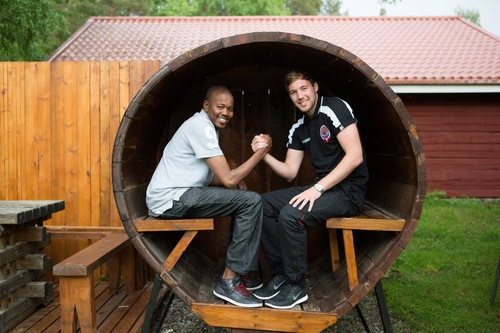 An interview with the Confederation of Independent Football Association's (CONIFA) chief executive has revealed that four countries which are members of Fédération Internationale de Football Association (FIFA) are looking to consider membership of CONIFA.

“Increasingly, there is global awareness of what CONIFA now stands for in the world of football and there have recently been approaches from four members of FIFA inquiring about membership,” said CONIFA’s chief executive Allan Walkingshaw.

“We are not here to compete with FIFA but we could become an alternative to FIFA,” said Mr Walkingshaw, who for 18 years worked in corporate finance. “We don’t have any political aspirations and if anything was to jeopardise that we would have to walk away. With rapidly expanding members from every continent we are now ready to fulfil our potential and create an organisation that will be a global brand of real significance.”

CONIFA, which has its head office in the Isle of Man, was founded in 2013 by two men passionate about soccer, its president Per-Anders Blind, of Sweden and vice-president Malcolm Blackburn, from the Isle of Man. The aim is to provide an international stage for non-FIFA recognised countries and help to “change the face of football” on a world-wide basis.

There are now 26 teams in CONIFA with 12 competing in its first World Football Cup held in Sweden last year. “The passion and pride of those teams was truly amazing, some of them from under-privileged countries,” said Mr Walkingshaw.

He went on: “There are certain geographical areas we would like to focus on such as Asia, Australasia and South America but we are constrained by the financial ability to do that, hence the fact that membership is predominantly European based. CONIFA does offer so much for those groups not able to obtain membership of FIFA, it gives them a platform they would not otherwise have.

“I think CONIFA is a brilliant concept, I hate to add up the people across the globe who would love to play football at an international level but there is not the opportunity in that country to do so. CONIFA and FIFA are chalk and cheese, but I would like to think that in the fullness of time we can be in a position where CONIFA is a feeder group into FIFA, but that is a significant number of years down the line. In the meantime we want to get more sponsors on board, people who share the same ethics. We are now firmly in our embryonic stage and still growing and looking ahead to more regionalised tournaments on a regular basis.”

For more information or to arrange an interview with Mr Walkingshaw or a member of the CONIFA board, email CONIFA direct at chiefexecutive@conifa.org or contact Les Able on +44 (0) 1624 610121.