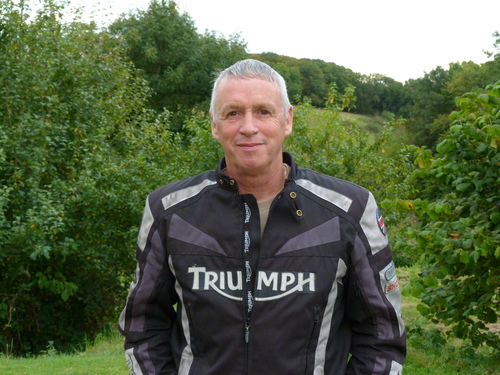 The world record-breaking adventurer and endurance athlete Peter Bray, based in Truro, has announced that he will be speaking about his experiences in a series of talks.

Ex-SAS diver Peter is one of the UK’s most accomplished endurance sportsmen.

He was the first person to kayak across the North Atlantic from Newfoundland to Ireland in 2001. He achieved this alone and unsupported, with the prevailing wind and currents against him. This 4,800km, 76-day expedition is documented in his book Kayak Across the Atlantic. For ten years, his feat held the world-record for the longest open-water crossing ever undertaken by a kayaker.

In 2004, Peter was part of a four man rowing crew on the Pink Lady. The team attempted the fasted row crossing from St John’s, Newfoundland to Falmouth, England. After 39 days at sea and with less than a week to go, the boat was struck by Hurricane Alex and split in two.

Pete saved the lives of his fellow crewmates by diving for the grab bag that contained the satellite phone and then also for diving for the life raft.

In June 2005, he was awarded a bronze medal by the Royal Humane Society in recognition for his bravery on the Pink Lady expedition.

Julian Spicer OBE from the Royal Humane Society commented, “Pete’s bravery in the face of danger was outstanding and his medal is extremely well deserved.”

In the same year, with three others, Peter kayaked around the island of South Georgia, setting the record for the fastest circumnavigation, completed in 13 days.

Peter’s last big nautical adventure in 2009 was a solo row from St John’s, Newfoundland to the Isles of Scilly, to beat the speed record of 64 days. After 42 days he was forced to accept rescue because he was in the path of Hurricane Bill.

Sleeping rough and riding for up to 16 hours a day, he averaged over 700 miles a day despite poor roads, mechanical failures and missed ferries.

This adventure, like others, was made possible by Pete’s determination and character.

On the subject of the upcoming talks, Peter said, “There is a lot that businesspeople, especially, can learn from the process of undertaking these massive challenges.

“I want to teach people that the motivation required to cross the Atlantic is no different than the mindset that is required to succeed in business. It’s all about breaking big tasks down into small ones, and never allowing yourself to give in.”

A unique man with an incredible story to tell, Peter is an ideal speakers for those looking to inspire or motivate. To make further enquiries or bookings, please contact george@famouspublicity.com.

In addition, Pete has been a microlight pilot, run ten marathons and completed the Devizes to Westminster race ten times. He has also participated in many triathlons, once including a swim from Alcatraz in San Francisco bay.

Pete worked for 24 years as a soldier, starting in the Devon and Dorsets and spending the last 15 years in the SAS regiment. He is a director of a security firm, based in Birkenhead.