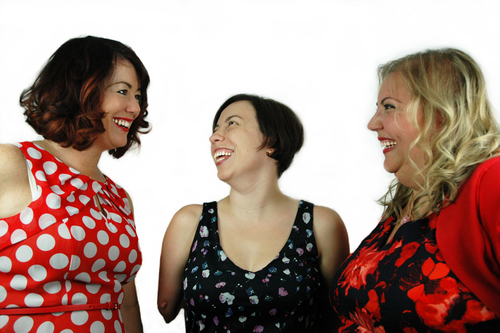 The RWS programme is a fantastic way to support this crucial stage in our pupils’ education and personal development.

What do you get when you bring together a Paralympian, a Cancer Conqueror and a Bounce-Back Mum?

This September, there will be a buzz in a number of primary schools in the North of England. The start of the new school term will mark the launch of the RWS – Resilience, Wellbeing, Success – programme pilot in two York primary schools, with a Manchester school showing strong interest and others following suit.

The RWS – Resilience, Wellbeing, Success – programme was developed by experienced school speakers Frederika Roberts, Jayne Snell and Elizabeth Wright to bring their stories and expertise to schools in a format that provides longer-lasting results than a single presentation. RWS aims to help pupils develop life-long skills in improving their resilience, their overall wellbeing and their success in and outside of academic life and will see the three speakers delivering interactive talks to pupils, teachers and parents, as well as providing resources for teachers to use in lessons to further embed the inspirational messages. At Clifton with Rawcliffe School, the final phase of the programme will culminate in an exciting pupil-led project that brings all aspects of the programme together; the leadership team at the school have chosen to incorporate this into an exhibit for parents to enjoy, when they will also get the opportunity to listen to the speaker presentations.

“Clifton with Rawcliffe is a very special school. Our teaching methods and ethos are designed to equip pupils for life in the 21st century and our state-of-the art premises facilitate this”, says Headteacher Andy Herbert. “The RWS programme is a fantastic way to support this crucial stage in our pupils’ education and personal development. We are very excited and proud to be not only one of the pilot schools but also to have helped Frederika, Jayne and Elizabeth to shape the programme over the past few months.”

St Barnabas C of E Primary School in York will also be piloting the programme in September. Its Headteacher, Karen Boardman, says: “When I first spoke to the RWS founders about bringing the programme to St Barnabas, they had been working on launching in secondary schools, so it’s been a pleasure to be able to help them adapt their materials for primary schools.” She adds: “Our ethos as a school is to support children to develop their skills for life through rich and varied experiences and to become confident and independent individuals; the RWS programme is perfect to help us achieve this.”

Frederika Roberts (Resilience) is a qualified teacher with classroom experience. Both of Frederika’s daughters were born with severe, complex and life-threatening heart conditions. Between them, they have had two cardiac arrests, three open heart surgeries and numerous other hospital stays. Frederika now brings her ‘Recipe for Happiness’ to schools and businesses. Jayne Snell (Wellbeing) has wowed school and business audiences with her ‘Parachute of Dreams’ inspirational story, as well as having been instrumental in signing up hundreds of sixth form students to the Anthony Nolan Bone Marrow Donor Register since receiving a life-saving transplant herself. She continues to volunteer with ‘Anthony Nolan’ and with ‘Delete Blood Cancer’. Elizabeth Wright (Success) is a Paralympic Silver Medallist who moved to the UK after achieving her dream of swimming at the Sydney 2000 Paralympics. She has been inspiring pupils of all ages since the late 1990’s and has delivered her ‘Goal Journey’ message in the UK, Canada and Switzerland, as well as her native Australia. All three women were nominated in the Sue Ryder Wheatfields Hospice ‘Yorkshire Women of Achievement Awards 2015’ earlier this year.

There has been much interest in the RWS programme and, at the time of going to print, its founders are in talks with a number of schools, including a primary school in Manchester, with a view to launching early this coming academic year. The RWS programme is also being developed for secondary schools and specialist vocational colleges.

The RWS programme was developed by Frederika Roberts (The Happiness Speaker), Jayne Snell (Parachute of Dreams) and Elizabeth Wright (The Goal Journey Coach) to bring a combination of inspiration and a practical Resilience, Wellbeing and Success toolkit to pupils, their teachers and their parents, in order to better equip the next generation for the strains and stresses of life and enable them to make the most of what life has to offer.

In developing the programme, Frederika, Jayne and Elizabeth have sought advice and feedback from educators and other associated individuals and their programme has been described as being very much needed in schools and as being ‘robust’.

Both of Frederika’s daughters were born with severe, complex and life-threatening heart conditions. Between them, they have had two cardiac arrests, three open heart surgeries and numerous other hospital stays, both planned and unplanned. Rather than letting these events bring her down or hold her back, Frederika has turned Happiness into a career, in order to inspire others to overcome even the hardest adversity.

Frederika is a Professional Speaker, Author and certified Laughter Yoga Leader.
She inspires her audiences to take action and work on their happiness as a foundation to success, productivity and improved health.

Born in Italy, of dual Italian and German nationalities, Frederika moved to Luxembourg with her parents when she was two years old. She then moved to the UK in 1990 to study at the University of Bradford, where she also met her husband. She now lives in Yorkshire with her husband and their daughters Charlotte (17) and Hannah (15).

After obtaining her Business and Management degree, Frederika undertook post-graduate studies in education and became a qualified teacher. Over the years, she has worked in education, recruitment and marketing and has set up and run her own businesses.

Frederika’s clients to date have included the BBC, Greater Manchester Police, schools and charities. She is President of the Yorkshire Region of the Professional Speaking Association of the UK and Ireland (PSA).

Jayne has survived not one, but two forms of blood cancer. Her only chance of survival was to have a bone marrow transplant and Jayne considers herself very lucky as a bone marrow donor was found; a 22 year old young man from Germany. Her transplant took place 6th July 2012 and Jayne’s dream is to one day meet her donor.

During Jayne’s time in hospital she spent a lot of time researching the power of the mind and the mind/body connection. Jayne has certainly tested what she speaks about and now inspires others to take control of their minds and attitudes, to continue to grow and develop themselves to be the healthiest, and best they can be.

‘Anthony Nolan’ is the UK’s largest bone marrow register and a charity Jayne is passionate about. As an Ambassador for Anthony Nolan, Jayne has taken on a number of roles. She is a volunteer Presenter, visiting schools and colleges, educating 16-19 year olds about the importance of donating blood, organs and bone marrow/stem cells. Jayne is also a Donor Visitor for the charity, visiting donors when they are donating their stem cells to say thank you for the amazing thing they are doing. Additionally, Jayne is on the Patient Liaison Panel, advising Anthony Nolan on new initiatives.

‘Delete Blood Cancer’ launched in the UK in February 2013 with a key mission to increase the pool of lifesaving blood stem cell donors. The organisation is part of DKMS (The Foundation for Donating Life), a global family of organisations that started in Germany in 1991 and now the world’s largest stem cell donor centre. Jayne started volunteering for ‘Delete Blood Cancer’ in 2015 and the relationship is continuously growing and developing.

Jayne is an active Member of the Professional Speaking Association and is part of the team that runs the Yorkshire region.

Jayne is married to Martin. They have two teenage children, Matthew (19) and Jess (17).

Born with congenital limb deficiency, Elizabeth’s life prospects seemed bleak, but with parents who decided to raise her to be as independent as possible, Elizabeth grew up with a rock solid self-belief and positive attitude to go on and achieve the seemingly impossible.

At the age of 13 she set the massive goal to swim at the Sydney 2000 Paralympic Games. 3 years later, she competed at her first Paralympic Games in Atlanta, USA, as a member of the Australian National Swim team.

Since retiring from swimming Elizabeth has gained a 1st class Honours and a Masters degree in Fine Art, has moved to the UK from Australia, started her own business, and now spends her days inspiring others to achieve the seemingly impossible. Elizabeth believes that everything is possible if you’re prepared to bring the right attitude, plan your goal journey and also develop an unreserved self-belief if what you can achieve.