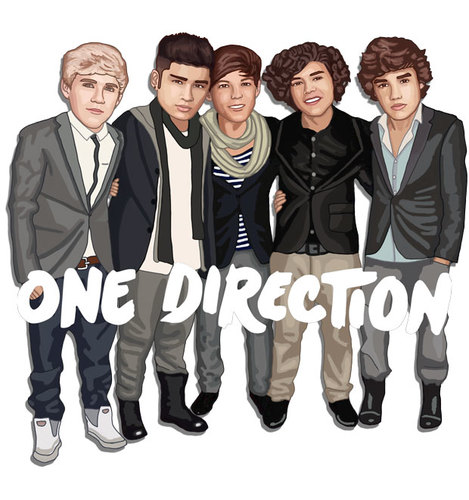 With today’s report that One Direction will be taking a year out of their schedule, we asked the UK’s favourite astrologer Russell Grant, what the Stars have in store for Harry, Liam, Louis and Niall..

This will have a big impact on Aquarius Harry’s future. 2016 will be a year of personal growth when as well as experimenting with music styles he’ll be getting his pen out and writing songs that are very different and more spiritual than any of his previous work. The future will see him maturing musically and opportunities will seem limitless.

Virgo Liam will use this break to put ideas he has had for some time into action. He will want to prove to himself he can make it on his own. He will enjoy this taste of independence and making his own preferences a priority. An opportunity will be waiting in the offing and he will be quick to take it up. This is the chance he has been waiting for and he will feel as if, at long last, his moment has arrived.

Capricorn Louis wants to further his career and he will give it all he’s got but confusion and conflict is possible. Without the security of the group he will feel lost and at first he won’t seem to be accomplishing a lot. A new wave of social activity will keep him busy but professionally he will seem to lack a sense of real purpose.

Virgo Niall shouldn’t overestimate the amount of effort that’s involved in going it alone. Even so, with steady effort, goals linked with music and entertainment are set to prosper by the end of 2016. He will be making use of this break to work on family relationships and close friendships and even on himself – a new image perhaps.

So it all looks very promising for Harry and Liam especially who will both be working hard during this cycle and neither intend to rest on their laurels. With their birthdays being so close together, Liam and Niall will have a lot in common with Liam being the more focused and practical. Louis, Niall and Harry are all Earth signs which are generally disciplined, determined and reliable. Niall’s chart has a strong Air emphasis suggesting his preference to working as a team as opposed to going solo. Aquarius Harry will have brought an original touch to the group. As a duo, Harry and Liam could make it together. Their success so far has already given them a leg up and none of them want to stop. All will push to be the best that they can be. It is likely that all are serious about getting back together again and there will be a reunion tour but the boys will have moved on during their year apart and will be split 50/50 on whether they should regroup or continue to go their separate ways.