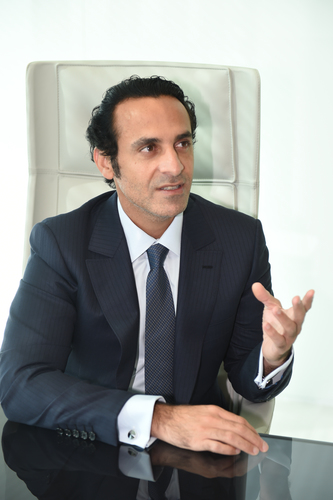 Another shift at the very top has been announced by Aabar, with the nomination of Mohamed Hamad Al Mehairi, succeeding Mohamed Badawy Al Husseiny as CEO. This follows a managerial restructuration put in motion by the departure of former Chairman Khadem Al Qubaisi.

Aabar Investments PJS, the diversified investment fund owned by the International Petroleum Investment Company (IPIC) of Abu Dhabi, has announced the nomination of Mr. Al Mehairi as its new CEO, effective on the 24th of August 2015. Mr. Al Mehairi is taking over from Mohamed Badawy Al Husseiny who had been holding the position since 2010. It is the second major change since the departure of former Chairman Khadem Al Qubaisi in February of this year. Previous to his departure, Mr Al Qubaisi and Mr Al Husseiny had held the highest functions at Aabar since 2007 with great success. Mr. Al Husseiny is known to be moving on to the position of chairman of the investment committee of the private equity firm Trussbridge Advisory.

Aabar’s new CEO, Mr. Al Mehairi, is the former Head of Investment Evaluation and Execution at IPIC which he joined in 2006. Energy Minister and IPIC MD Suhail Al Mazrouei declared that Mr. Al Mehairi “has been responsible for growing IPIC’s portfolio of investments over the past nine years, including Aabar”. Mr Al Mehairi is a University of Surrey graduate.

The strategic management reshuffle is a way for Aabar to start achieving again the same performances seen under Khadem Al Qubaisi’s and Mr. Al Husseiny’s time as Aabar chairman and CEO respectively, following a slump over Q1 and Q2 of 2015.