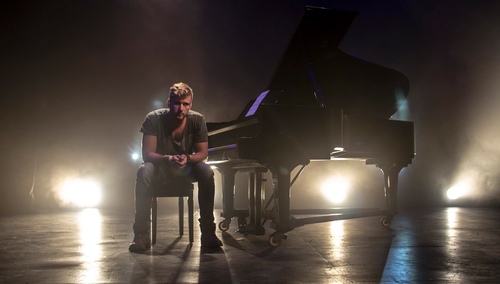 Lauren’s parents have made great progress in raising awareness of Vasculitis, so it is an honour to be a part of such a positive campaign

Britain’s Got Talent winner Jai McDowall, The X Factor Winner Shayne Ward and the Glasgow Academy Musical Arts (GAMTA) will all be performing at the 2015 Black & Red Vasculitis Charity Ball in aid of the Lauren Currie Twilight Foundation. The event will be held at the Glasgow City Hotel, formerly the Thistle Glasgow Hotel, Cambridge Street, G2 3HN, on Friday 18 September 2015. Now is the last chance to get tickets for the event.

The Lauren Currie Twilight Foundation was set up by Kilmarnock-based Grant and Adrienne Currie following the tragic death of their 15-year old daughter and only child Lauren in 2010. Lauren had suffered from Granulomatosis with Polyangiitis (formerly known as Wegener’s Granulomatosis), a variant of the auto-immune disease vasculitis.

Shayne Ward said, “I am deeply touched that I have been invited to perform at the Lauren Currie Twilight Foundation annual ball.

“It’s inspiring that Lauren’s parents are driving such a positive awareness campaign in such a tragic situation.”

Grant Currie said “We are thrilled to have Jai, Shayne and the GAMTA in the impressive line-up for the evening. The aim of Lauren’s charity is to raise as much awareness about Vasculitis as possible, and having such high profile performers at our ball will help us spread the message.”