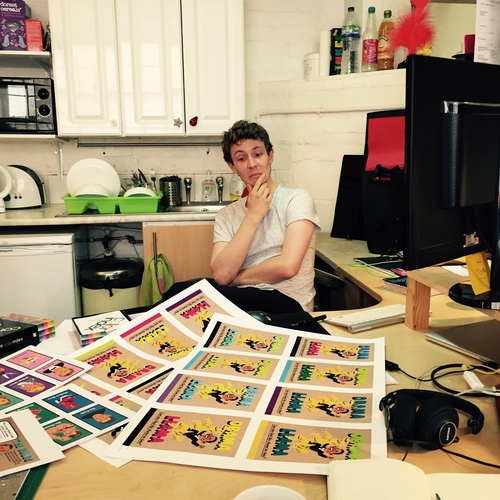 It was an obsession – Lorraine Kelly eating jelly, Joe Swash having a wash – we were trying to outdo each other with ridiculous rhymes day and night

On sale from this month on Firebox.com and in John Lewis, Obama Llama sees players compete to describe rhymes in one of three different ways, with their teammates trying to guess as many as they can in thirty seconds. You might have to act out “Stevie Wonder is scared of thunder” or simply describe it using different words. Teams are rewarded with a point for each correct guess, three points gets your team a go on the rhyming pairs pile - the team with the most pairs at the end of the game is the Winner, Winner, Chicken Dinner!

“I’m always coming up with games concepts, whether they’re for TV or radio. It drives my wife mad – ‘oh no, here he goes again!’” says Matt. “Obama Llama came about one weekend and snowballed when a friend and I started batting celebrity rhymes back and forth on text. It was an obsession – Lorraine Kelly eating jelly, Joe Swash having a wash – we were trying to outdo each other with ridiculous rhymes day and night. I’m a massive fan of silly, sociable board games and quizzes so I ploughed weeks into turning the idea into a fully-formed game, teamed up with a great games company and now here we are!”

Obama Llama (RRP £20) is for four players or more, aged 14+ and is available at Firebox.com and John Lewis. Matt Edmondson has teamed up with Big Potato Games — the people behind games such as Linkee, Bucket of Doom, Mr Lister and Qwordie. Between them, and after a lot of late nights, they’ve managed to get Obama Llama ready in time for Christmas, so everyone can enjoy the perfect Boxing Day boredom buster and New Year’s Eve warm up act.