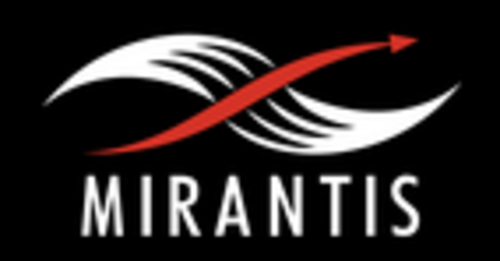 Mountain View, CA — September 30, 2015 — Mirantis, the pure-play OpenStack company, today released Mirantis OpenStack 7.0, dramatically raising the industry bar on stability of large-scale OpenStack clouds in mission-critical enterprise environments. In addition to delivering its most resilient OpenStack distribution to date, Mirantis is extending the support period of the distribution from two years to three. The latest release of Mirantis OpenStack 7.0 is available for download here.

“Early OpenStack releases were all about more features fast, as it was important to gain minimum feature parity to VMware, Microsoft and other cloud solution providers,” said Boris Renski, Mirantis CMO and co-founder. “Today the feature parity gap is largely closed with enterprises such as AT&T, Symantec, Walmart and many other Global 2000 enterprises running OpenStack at massive scale. The development priorities for OpenStack in both the community and at Mirantis have shifted from feature racing to stability at scale and day two operations.”

During the OpenStack Kilo release cycle, Mirantis fixed more bugs in the upstream OpenStack community than any other vendor.

Beyond raising the bar on stability, Mirantis OpenStack 7.0 continues to remain the most VMware-friendly OpenStack distribution, featuring out-of-the box integration with VMware vCenter while offering choice in networking, including Juniper Contrail and VMware NSX fabrics with more to follow.

Mirantis OpenStack 7.0 is based on OpenStack Kilo, the 11th release of the open source cloud software that has nearly 400 new features to better enable software development, large-scale clouds and big data analysis. It also enables richer OpenStack environments through a number of new features for Cinder, Glance, Horizon, Keystone, Neutron and Sahara. Kilo had 1,492 developers contributing software; more than 150 were from Mirantis. Mirantis, a top three OpenStack contributor, was No. 1 in providing code-fixes, with Mirantis engineers making substantial OpenStack enhancements providing more than 3,000 commits.

Mirantis is the pure play OpenStack company, delivering all the software, services, training, and support needed for running OpenStack. More customers rely on Mirantis than any other company to get to production deployment of OpenStack at scale. Mirantis is among the top three companies worldwide in contributing open source software to OpenStack, and has helped build and deploy some of the largest OpenStack clouds in the world, at companies such as Cisco, Comcast, Ericsson, NASA, Samsung and Symantec. Mirantis is venture-backed by August Capital, Ericsson, Goldman Sachs, Intel Capital, Insight Venture Partners, Sapphire Ventures, Sielgler & Guff and WestSummit Capital, with headquarters in Mountain View, California. Follow us on Twitter at @mirantisit.