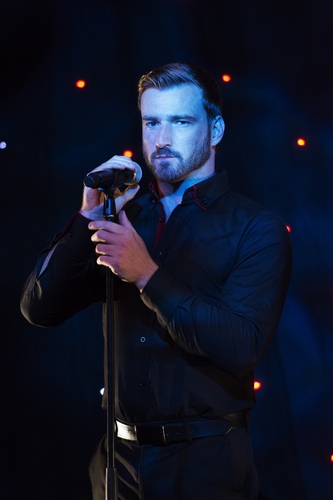 With other charities, we've energised vasculitis awareness and research in the UK

The event was held at the Glasgow City Hotel, formerly the Thistle Glasgow Hotel, Cambridge Street, G2 3HN. A video showing the events highlights can be seen here.

The Lauren Currie Twilight Foundation was set up by Kilmarnock-based Grant and Adrienne Currie following the tragic death of their 15-year old daughter and only child Lauren in 2010. Lauren had suffered from Granulomatosis with Polyangiitis (formerly known as Wegener's Granulomatosis), a variant of the auto-immune disease vasculitis.

Lauren's condition was only diagnosed in the final hours of her life and her parents realised that, with earlier diagnosis, her life could have been saved. Because vasculitis is so uncommon and early diagnosis is an important factor in the effectiveness of medical care, public awareness of the condition is one of the charity's main objectives.

Grant Currie said, "We started the Lauren Currie Twilight Foundation a couple of days after Lauren lost her life to vasculitis in 2010, exactly five years ago. We're showing people how much the landscape has changed in the last five years for someone diagnosed with vasculitis.

"Thank you so much to everyone who came and supported us at the Black & Red Ball and to Shayne Ward, Jai McDowall, and our friends at GAMTA. My wife Adrienne and I were touched by the speeches given by Lauren's friends Natalie Hakeem and Rachel Henderson and were inspired by talks from Dr David Kluth, University of Edinburgh and Dr Neil Basu, University of Aberdeen. The £15,700 raised will go a long way to improving the lives of vasculitis patients."

Jai McDowall, aged 29, was born in Irvine, North Ayrshire and has sung duets with Josh Groban as well as recording a version of U2's 'With or Without You' with the Scala and Kolacny Brothers choir.

Reflecting on the event, Jai McDowall, who is now a patron of the charity, said, "Performing for a special event like this was incredible, because I know that I was part of a great evening and a great cause.

"I am only too happy to be involved with the brilliant work that the Lauren Currie Twilight Foundation are doing, and I congratulate them on having put on such a fantastic event."

A selection of images from the event are provided.
We would be delighted to arrange interviews with Grant Currie.

Lauren was only 15 when she tragically and prematurely lost her battle with vasculitis on October 23 2010 at Crosshouse Hospital, nearly five years ago. Lauren died from Wegener's granulomatosis - a form of vasculitis which had remained undiagnosed until the final hours of her life. Lauren's lungs had been fatally damaged by vasculitis, which resulted in internal bleeding and contributed to her death.

The charity was founded within a couple of days of Lauren's death by her parents, Grant and Adrienne. The charity was named in Lauren's memory as a tribute to their daughter's inspirational character and features 'Twilight' in the title in recognition of the love she had for the Twilight books and the films. The charity was set up to help and support anyone affected by vasculitis, to raise awareness of the disease throughout the United Kingdom and to fund dedicated research that seeks to identify and improve treatments.

Lauren's charity was formerly registered in Scotland in December 2010 with the Office of the Scottish Charity Regulator (OSCR). Charity Registration Number SC041934.

What are the charity's objectives?