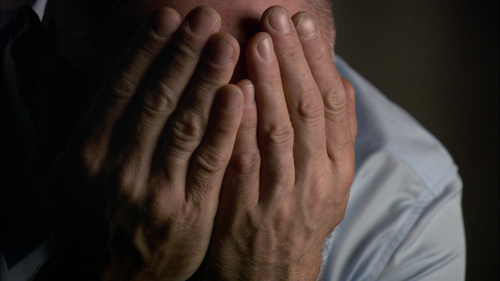 Film Producer, Christopher Riley is delighted that his promise to a death row prisoner eight years ago has finally resulted in his new feature documentary reaching the big screen. A DOX Production, THE FEAR OF 13 (TRAILER), directed by David Sington, will receive its UK Theatrical Release on Friday 13 November 2015.

The film tells the story of Nick - a death row inmate who, after 23 years fighting for his life, finally petitions the court – asking to be executed.

The film’s release marks the end of an epic journey for both its subject Nick and for producer Christopher Riley. It began in 2006 when Christopher first heard Nick’s story on a BBC Radio programme.

Christopher Riley says: “It was a gripping broadcast. Nick was a master storyteller. He could hold the audience’s attention like no other person I had ever encountered. His story somehow spoke to everyone and I was totally convinced of the potential for a feature length film of his life.”

A few months later, Christopher and Nick agreed to embark on a documentary film that would allow Nick to tell his life story.

Christopher Riley says: “That was the day I made a promise to Nick to make the film, and making such a pledge is not something you do lightly. From that moment on you become part of their life, and that comes with certain responsibilities, which I was acutely aware of in Nick’s case.”

Christopher took the story to David Sington at DOX Productions, with whom he'd previously collaborated on the hit feature doc about the Apollo astronauts, 'In the Shadow of the Moon.'

David Sington says: “What I loved about the project Christopher brought us is that it is much more than just a Death Row tale. It’s a psychological thriller with a universal theme: can a man consciously will himself to become a better person?”

DOX was so committed to the project that it bank rolled the principle photography with Nick, during the autumn of 2007. And it was obvious from the first few moments of filming that the team had something very special.

David Sington says: “The interviews with Nick were so utterly compelling – he was a master storyteller – that I decided the film should be structured as a kind of one-man play, with Nick the sole protagonist.”

But such a daring approach to the story-telling proved difficult to sell, and DOX faced the problem of not having enough money to finish the film.

Without further funding the production had stalled by 2010, leaving Nick in despair at the loss of his chance to tell his story. Christopher knew something drastic was required to keep the project going. Resolute to continue he persuaded filmmaker Robert Sternberg to help. Together they began working in their spare time to turn the 22 hours of interviews with Nick into a two-hour rough cut of the film.

David Sington says: “Chris was indomitable. He kept the project alive when it looked as if it would die.”

It took Christopher, Robert and David three years before they were ready to show a rough cut of the film at the Sheffield International Documentary Festival in 2013.

Christopher Riley says: “It was a tense screening. All we really had was an interview with Nick - no other material. I really wasn’t sure what reaction we’d get, or if anyone would come forward to support us.”

The screening proved to be a major turning point for the film, when the BBC’s Storyville came onboard – recognizing the importance of the film. And soon after funding from Ten Mountain Capital & Thirty Tigers was also forthcoming; enabling David to return to the US and finish directing the film.

Christopher Riley says: “There’s always a sense of relief when you finish a film. And certainly this one has been a mammoth undertaking. I asked myself recently would I ever make such a promise to someone again? In truth, if the story to be told was as important and powerful as Nick’s then the answer has to be yes.”

The Fear of 13 will go on general release across the UK from Friday 13th November.

For information about Christopher Riley please contact Rufus Stone at Swee: rufus.stone@swee.co.uk or +44 (0)7473 226221

Christopher Riley is a multi-award winning film producer and director. He has over one hundred programme credits to his name for the BBC, National Geographic, the Discovery Channel and Film4. His documentary work has been screened around the world and celebrated by BAFTA, the US Television Academy, the Royal Television Society, the Sundance Institute and the Grierson Trust.
@alifeofriley

David Sington has been making award-winning films for cinema and television for twenty years. He has filmed on every continent on the planet, from the Amazon to the Antarctic. His films have helped to free the innocent, convict the guilty and change government policy. He has won numerous awards, including a coveted Grierson Award, two WildScreen Pandas, Gold and Silver Hugos, an EarthWatch Award, as well as Best Documentary and Audience awards at many film festivals including the Sundance Film Festival.

Robert Sternberg trained as a filmmaker at the National Film and Television School. After making educational science programmes in the independent television sector he joined the staff of Imperial College’s Humanities Department where he designs the M.Sc. in Science Media Production and oversees the production of over fifteen documentaries and short films a year. Outside of Imperial he is visiting tutor at the London Film Academy, specialising in story development and directing. He is a consultant to the National Film and Television School on online, practical film education. http://www.imperial.ac.uk/people/r.sternberg

DOX Productions was founded by David Sington in 1999, as an independent producer of documentary films and series for television and the cinema. Their cinematic documentaries have had wide theatrical releases and their critically acclaimed television films reach a large global audience. Their films have been commissioned by the BBC, Channel 4, PBS, National Geographic, Discovery and Arte and have been shown by dozens of other broadcasters in over 30 countries. http://www.tvdox.com

Capital Punishment in the US:

The death penalty is a legal punishment in 31 US states
Nineteen US states have abolished the death penalty; the most recent was Nebraska in May 2015.
Since 1976 Texas has carried out the most executions (526), followed by Oklahoma (112) and Virginia (110).
At the beginning of 2015, there were over 3,000 inmates on death row in the US, of whom 56 were women.
California has the most prisoners on death row, 746, but has carried out only 13 executions since 1976.

For information about Christopher Riley please contact Rufus Stone at Swee: rufus.stone@swee.co.uk or +44 (0)7473 226221