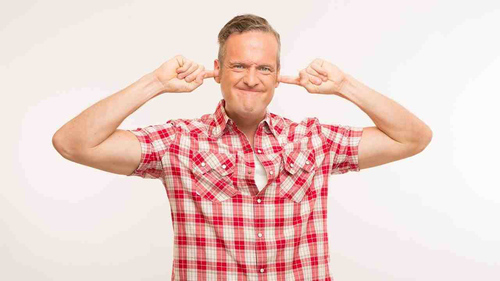 Celebrating its fifth anniversary this year, National Geographic Traveller (UK) invited readers to vote for their favourite destinations, airlines, tour operators and more — and they replied in their thousands.

At the age of 12, Tim was certified as a ‘creative genius’ in problem solving by the British Dyslexia Association, and by the age of 16 he was designing products that are still on sale in high street shops, from folding walking aids to fast-flashing brake lights that illuminate when cars brake heavily and rubberised ice cube trays, plus many other items.

Having shunned a career in the lab, he admits his biggest fascination is with everyday people. It's Tim's belief everyone is interesting and one of his goals is to travel the world, meet everybody and learn as much as possible.

Those who entered the National Geographic Traveller Reader Awards 2015 were rewarded with the opportunity to win a number of fabulous prizes including a seven-night escape to Morocco, courtesy of Rickshaw Travel; a week’s winter luxury trip to France, courtesy of AliKats Mountain Holidays; and a long weekend in the UK, courtesy of Natural Retreats. Twenty National Geographic Traveller (UK) subscriptions were also up for grabs, as well as four Amazon Kindles.

Sponsors of the National Geographic Traveller Reader Awards 2015 are:

Qatar Tourism Authority (QTA) works with stakeholders to promote the development of a sustainable and mature tourism sector, positioning the country as a leading tourism destination.
qatartourism.gov.qa

G Adventures’ sustainable approach to small-group travel means the tour operator gives back wherever it goes. With eight travel styles on seven continents, G Adventures has a life-changing experience for everyone. gadventures.co.uk

Philippines Department of Tourism / Philippine Airlines
The tourism promotions board and the flag carrier of the Philippines have teamed up to sponsor the Reader Awards 2015. itsmorefuninthephilippines.com philippineairlines.com

For over 40 years, Exodus Travels has been creating the best activity and adventure holidays on the planet, offering more than 450 trips to over 90 countries. exodus.co.uk

Swhype is a Creative Motion Agency based in London. They work with their clients to create film, motion graphics and original content for broadcast, digital and tablet. swhype.com

National Geographic Traveler (USA) is the world’s most widely read travel magazine, created in 1984. It championed sustainable travel before it was cool and, eight times annually, celebrates journeys that are about place, experience, culture, authenticity, living like the locals and great photography. It makes a distinction between tourism and travel and stresses inquisitive, not acquisitive, trips. It employs storytelling and outstanding photography to inspire readers to pick up and go, eschewing fashion and fluff in favour of articles that offer a strong sense of place, inspiring narratives that make readers take trips, and solid service information to help them plan those trips.