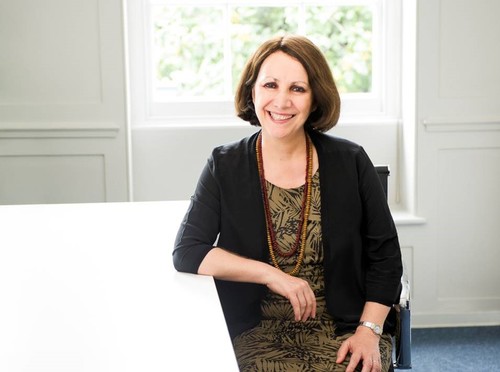 Shireen Smith, intellectual property law expert and founder of London based law firm Azrights, has expressed her concern about the ongoing battle the games industry faces over piracy issues.

Writing in MCV (The Market for Computer and Video Games) 4 December issue, Shireen discusses how the digital revolution has bought IP law to the fore of every modern business and how the computer and video games industry is “experiencing an intellectual property revolution.”

UK games companies on average grew by 22% between 2011 and 2013 according to Ukie, with digital game sales larger than digital video and music sales combined. Given the commercial significance of the games market, Shireen believes that the computer and video games industry need to take a more serious overview of intellectual property law.

“In an ongoing legal battle, Nintendo has made a breakthrough against circumvention devices with the case reaching Europe’s highest court in January 2014.”

“The ‘first instance criminal decision against the defendant puts an international spotlight on what is the legitimate use of devices such as mod chips, which can have non-infringing uses as well as infringing ones.”

“It is likely that similar cases across Europe will soon follow suit as anti-piracy campaigns continue to grow. It also means that national courts in all EU member countries have a framework to assess whether security measures are protected – a huge success for the international computer and video games industry. The high profile nature of the case has EU-wide implications on independent software developers, as well as gamers.”

“Entrepreneurial businesses may have some misconceptions regarding the approach to IP law. The advice in employing an IP expert is the earlier the better. Nowadays SMEs are exposed to a global audience in ways that simply did not occur in the industrial era. We have more businesses today than we’ve ever had before.”

“In a market which is constantly flooded with innovative concepts, smaller businesses can find themselves at a serious risk of losing out if IP infrastructure is not put in place. There is greater risk in both the short and long run as smaller businesses often don’t have the time or resources to overcome a legal setback.”

It is not just the video and computer games market that is affected – the intellectual property revolution is happening across industries.

“In the fashion industry, the Kering group (who own Gucci), have recently challenged Alibaba on piracy issues. There is also ongoing problems faced by the music and film industries with illegal downloads and streaming.”

Shireen qualified as a solicitor in 1985 and began to focus on IP, IT, trade marks and copyright as an in-house lawyer at Reuters in the late 80s. She has extensive practical experience of intellectual property and technology law and solid academic credentials, including a Masters in Intellectual Property law from QMW, London University. Shireen is consistently praised for the depth of her expertise and pragmatic, accessible advice.

Having developed a good grasp of the IP issues relevant to blue chip companies, she then applied that knowledge to working with start-ups and SMEs once she founded Azrights in 2005. Her company’s website is here: http://azrights.com