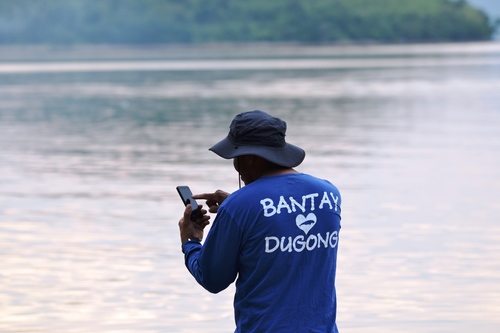 Kii, the leading Internet of Things (IoT) cloud platform provider, is working on an ambitious new ‘citizen science’ conservation project with local fishermen in the Philippines to help monitor and track the dugong population in the region. Partnering with Smart Earth Network (SEN) and C3 (Community Centred Conservation) who are managing the project, Kii is providing the cloud platform where fisherman, armed with smartphones, can upload geo-located images of the sea mammals via an Android app.

Known as ‘sea cows’, dugongs are marine mammals that live in the oceans around East Africa to the Western Pacific, but are now listed by the World Conservation Union, IUCN as a species vulnerable to extinction. While legally protected, dugongs face many dangers, largely from local fishing, destruction of habitat and illegal hunting.

“Traditionally, we have had to track these amazing sea creatures from the air, which is expensive and not entirely reliable,” according to Chris Poonian at C3, a non-profit organisation. “Using smartphones to monitor endangered species is an innovative and novel approach. This collaborative project is one of the first initiatives of its kind to employ smartphone technology. If successful, these approaches could have important applications for surveys of rare species throughout the world.

“Citizen science is a growing field to monitor endangered species with limited resources. The smartphone app we are developing and trialing could potentially be used to monitor any species anywhere in the world, and generate useful scientific data from non-specialist observers. It also means we can engage with the local community and involve the fishermen who are the ones out at sea and closest to the dugongs, which is very rewarding.”

Around 30 fishermen have already been handed basic smartphones, supplied by local mobile provider, Cherry Mobile, as part of a trial in the Busuanga region of the country. Once out at sea, the fishermen photograph any dugongs they spot and then upload the images when they are back on land to a central database hosted on the Kii Cloud, using a simple app developed by SEN. The fishermen, many of whom are unable to read or write, are being trained on how to use the smartphones and provided with local charging facilities.

Each image will indicate the location of each dugong via GPS, allowing C3 to map the sightings and get a clear idea of the population in the area, timings of sightings, migration patterns, etc, and will enable the team to put together recommendations for future protection areas. The plan is to share the data with other conservationists worldwide, and also with the local Council of Development to help C3 lobby the local government.

Simon Hodgkinson, founder of SEN, which provides a platform for conservationists and technologists to share ideas, network and develop innovative solutions, believes the idea is a simple but effective one: “New mobile technology and particularly Internet of Things is helping to take the expense and legwork out of conservation, especially in the more remote parts of the world. While this project is in its infancy, the feedback from the local community has been very positive and we are already seeing early results from the data.”

Masanari Arai, founder and CEO of Kii, added: “So often we’re used to seeing our technology delivering benefits for business, but now we’re involved in a truly rewarding conservation project that will deliver benefits for an endangered species. Our relationship with SEN has developed quickly since we met last year, and we’re pleased to be able to support them and collaborate with partners C3 and Cherry Mobile over in the Philippines.”

Images are available upon request.

- Dugongs (Dugong dugon) are vegetarian sea mammals found in warm coastal waters from East Africa to Australia, including the Red Sea, Indian Ocean and Pacific. They are related to manatees and similar in appearance and behavior. Both are related to the elephant.
- Dugongs have been targeted for hunters for their meat, oil, skin, bones and teeth in the past. They are now legally protected, but are classified on the IUCN’s Red List of Threatened Species as ‘vulnerable’. Figures suggest its population has declined by 30% in the last six decades, due to entanglement in nets, including those used in Mariculture (seaweed farms) and illegal hunting.
- Busuanga is the largest island in the Calamian Group in the province of Palawan in the Philippines.

SEN provides a platform for conservationists and technologists to share ideas, network and innovate solutions for practical challenges on the ground. It is a new social enterprise with members working in practical conservation and technology, from universities, government, NGOs, private sector, and concerned citizens. SEN shares the belief that advances in technology have the power to transform our ability to be stewards of our planet, and that through effective collaboration we can be catalysts in releasing that potential.

Community Centred Conservation, or ‘C3’ was established in 2002 by an international group of marine environmental consultants in Palau. It is a young and dynamic non-profit organisation with a unique grassroots approach and active members of the World Conservation Union, IUCN. C3 focuses on small-scale capacity building, scientific research and environmental education projects that lead to direct benefits for local communities through the sustainable use of their natural environment. By providing opportunities for local people to develop and participate in these projects, it helps to ensure the long-term sustainability of its work. To minimise overheads, all of C3’s staff are resident in project countries, working closely with local collaborating organisations and governments. All are dedicated to reducing unnecessary costs and ensuring that funding is used directly for work in the field.

Kii enables customers across the world to rapidly create compelling IoT solutions with its scalable, easy to use and feature rich IoT platform. The global platform enables all three layers of a typical IoT solution (things, services, apps), thereby significantly reducing the time it takes to create solutions, freeing up the customer to focus on their solution differentiation. Kii provides a flexible deployment model (public cloud, dedicated cloud, private cloud) globally, thereby enabling seamless solution deployment for customers of all sizes. In addition to the platform, Kii's ecosystem initiatives (like Space) also enable customers to distribute their solutions in premier carrier and retailer channels.