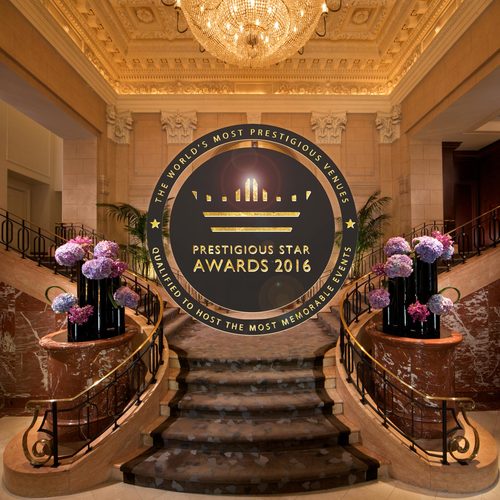 - Venues and their PR representatives are invited to nominate themselves (deadline for entries 30 June 2016)
- Journalists and media invited to awards ceremony on 16 September 2016
- Over 2,000 venues will be reviewed, with 200 shortlisted across 20 categories

Prestigious Venues has today opened the nominations for the 2016 Prestigious Star Awards. Now in its seventh year, the program is the industry's only global luxury venue awards. Driven by the success of previous years, in 2016 the search will incorporate over 20 new destinations including India, Russia, China, Mexico, Brazil, South Africa, Singapore, Argentina, Germany, France, Spain and more. Over 2,000 reputable venues will be reviewed, leading to 200 nominees being shortlisted. Nominees are recognised and highlighted throughout the year for their respective event capabilities. 60 finalists are announced in August and 20 global winners are then celebrated at the awards ceremony on September 16th in London.

Venues that qualify the nominations process will be announced one by one on the Prestigious Star Awards website until nominations close in June. For more detail on the selection process, see the Awards Schedule Infographic.


Awards Categories include: The Most Prestigious...

The awards feature a thought-leadership element known as The Creative Platform - named by event bookers as “the Cannes Lions of luxury events.” Selected venues will be invited to provide a brief 5 minute glimpse into one of their recent most successful events. In 2015, some of the world's best venues presented case studies that included a star studded tennis tournament on Necker Island, a full scale mini music festival at Farncombe Estate in the Cotswolds and The Global Education Forum held at Atlantis The Palm, Dubai.

Nominations: Venue representatives can apply for their venue to be nominated via the awards website: http://prestigiousstarawards.com/enter-venue/

Press/Media: Journalists and media receive a free invitation to the ceremony on the 16th September and qualify for guest prizes, including luxury weekend stays at prestigious venues.

Note: All venues are carefully reviewed by the Prestigious Venues ambassadors upon application to enter the awards.

Further images available on the Prestigious Venues newsroom at: http://pressreleases.responsesource.com/newsroom/Prestigious...