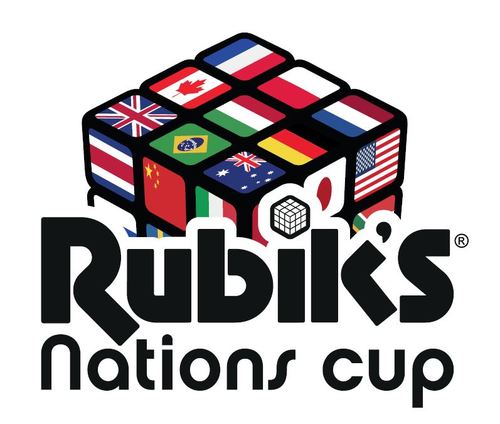 For sports fans around the world, events such as the FIFA World Cup, the Rugby World Cup and the Olympics offer a chance to get behind their country’s team – but for many, these tournaments don’t come around often enough.

Now the Rubik’s Nations Cup – which takes place for the first time this July in Paris – will give supporters the chance to see teams from the fastest ‘speedcubing’ nations go head to head for the title.

Throughout the 35-year history of competitive speedcubing, entrants have solved the iconic puzzle alone, but the new Rubik’s Nations Cup format will see teams of three complete the Rubik’s Cube in relay. The exciting new format will see a nation crowned World Champion for the first time, and the prizes will be presented by the legendary creator of the Rubik’s Cube, Ernő Rubik.

Currently, 72 teams from 42 countries are registered to compete; countries with large speedcubing communities have registered multiple teams. Using historical data, the top ten teams and their average solve times are listed below:

As the Rubik’s Nations Cup has not been staged before, there are no recorded times for relay solving. The scores above are an indication of who is the favourite to win, based on the scores posted by the individual competitors within the team in official World Cubing Association events.

For example, the best average solve times of the United States’ team-members – Max Park, Lucas Etter and Patrick Ponce – are 6.39, 6.89 and 7.11 respectively, giving the average of 6.77 seconds.

The United States is the favourite to take the title, with its top three speedcubers ranked in the individual top ten list.

Ernő Rubik, who will be presenting the awards for the Nation’s Cup, is a professor of architecture from Budapest, and created the cube in 1974 to encourage his students to think about spatial relationships. Since its international launch in 1980, an estimated 400 million Rubik’s Cubes have been sold, making it the world’s most popular toy.

A press kit with more information about the Rubik’s Nations Cup is available on request, or online at http://www.rubiksworldparis2017.com/wp-content/uploads/2017/...

Images and B-roll from the 2015 Rubik’s Cube World Championship are available on request. We would be delighted to organise interviews with Chrisi Trussell, spokeswoman for Rubik’s Brand Ltd, and members of the speedcubing community where available.

Images and B-roll from the 2017 Rubik’s Cube World Championship will be available to journalists when the event is under way.