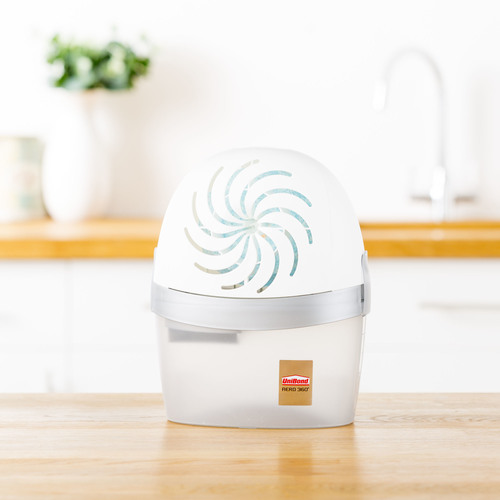 At first glance the question, ‘Is your house killing you?’, might seem a trifle overdramatic. That, or it reads like a rejected title for a bad horror movie. However, the threat, as implausible as it might sound, is real.

Poor housing conditions can have devastating effects on our health. Citing healthy indoor air as a basic right, the World Health Organization noted, “Exposures to biological agents indoors are a significant health hazard causing a wide range of health effects.”

Primary among these are problems caused by mould and damp. A recent report published by the English Housing Survey found that 5% of households in England live in a home with damp issues.* This can lead to severe respiratory problems - commonly sinusitis and bronchitis - allergies and asthma. Research has shown that people with asthma were twice as likely to live in homes with damp as those without.

Lung disease - one of the worst outcomes of living in a cold and damp climate - kills around one in five in the UK. And at present, the situation doesn’t show any sign of improvement. While deaths from cardiovascular diseases declined over the period 2008 - 2012**, deaths from lung disease-related illnesses remained constant.

As the weather turns colder and wetter - the primary causes of damp and mould - leading high street hardware retailer Robert Dyas has highlighted a number of solutions that will help prevent these twin evils.

“Online searches for house mould have risen steadily over the last ten years and the peak time being from November to February,” says Robert Dyas’ COO Rachel Brain. “We have a raft of solutions online and in-store to help prevent this problem.”

The Unibond Aero 360 Moisture Absorber (£7.99) which is a refillable super-compact dehumidifier designed to keep homes dry using a moisture absorber. It circulates air through and around the suspended tab for up to 40% improved efficiency and up to 70% neutralisation of bad odours, making it great for kitchens and bathrooms.

Mould remove spray (£3.99) is ideal for tiles and walls, particularly in problems areas such as the bathroom and kitchen.

A damp detector (£13.99) will enable you to combat any signs of damp before the tell-tale signs are visible. This moisture trap (£6.99) is a simple method of absorbing moisture in your home thus preventing mould and mildew.

Prices are correct to the time the press release was issued.