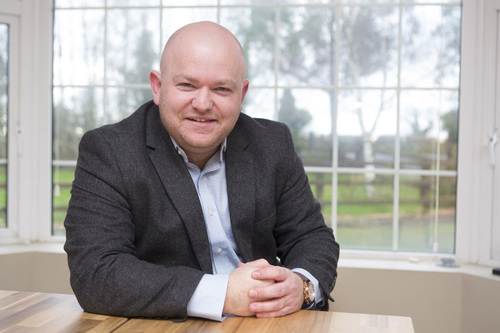 Leading renewable energy publisher reNEWS has appointed Stephen Dunne to the post of editor to succeed Todd Westbrook. Stephen, a seasoned news journalist, will focus on growth in Europe and US.

Westbrook is leaving reNEWS to pursue other interests after 16 years with the company.
Dunne began his career with reNEWS as Ireland correspondent but quickly widened his remit off the back of his strong news skills to become chief correspondent. In July 2016 he was promoted to news editor and in January this year deputy editor.

reNEWS founder and managing director Dan Rigden said: “Stephen has proved himself to be an excellent news journalist and demonstrated expertise in the renewable energy industry – particularly offshore wind.

“He will be focussing on taking the reNEWS brand deeper into Europe and the US and into the wider global industry while delivering our premium business intelligence through new digital channels to reach more key industry players,” he said.

Rigden reflected that Dunne had big shoes to fill following Westbrook, who was reNEWS editor for 11 years and managing director for three. He paid tribute to Westbrook’s huge contribution to the company’s commercial success and his hard work and dedication.

“Todd is an exemplary journalist and editor and can take the credit for much of reNEWS’ reputation for independent and exclusive reporting as well as the expansion of the company’s products range,” he added.

Dunne said: “It is a huge honour to take over as editor at reNEWS. I look forward to continuing our focus on breaking big news stories, giving our readers the most complete coverage and expanding our reporting to new markets and technologies across multiple platforms.”

He added: “I would like to wish Todd all the best. He has been an excellent editor and will be a hard act to follow.”

Dunne will be attending the Scottish Green Energy Awards this week and would be delighted to meet renewable industry colleagues. Please come along and say hello.

For further information, please contact Managing Director Dan Rigden at dan@renews.biz or on 07770 617179.

reNEWS is an independent publishing company owned by journalists established in 2002 to provide objective business news and analysis to the renewable energy industry. It has a reputation for being a leading sourcea of intelligence to the offshore and onshore wind industries.

reNEWS’ flagship is a premium business intelligence newsletter which is published twice a month. A series of market-leading reports are published throughout the year including the Global Offshore Wind Report, the European Onshore Wind Report and Offshore Technology Yearbook.

Breaking news is published 24/7 on our website www.renews.biz where users can sign up to daily newsletters tracking renewables markets of interest.

Renews Limited is a UK company, based in Winchester.