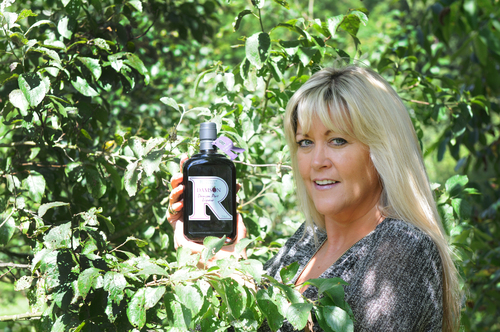 The Great Taste judges, who include Radio 2 resident foodie Nigel Barden, as well as the legendary Charles Campion and The Food Programme’s Sheila Dillon, said that Raisthorpe Manor’s port has ‘a gorgeous deep damson shade, lovely aromas of fruit skin with a hint of damson stone.’ They continued, ‘the palate is fabulous - pure, clear, simple in the sense of having great fruit clarity, yet complex from the hint of fruit stone. A wonderful balance of sweetness - just enough to carry the fruit flavours through to a glorious finish.’

According to Tortie Farrand, spokesperson at the Great Taste Awards, ‘being awarded 3-stars is a huge achievement. It means that the product has been blind tasted over and over again and that all the judges who taste it feel that the product is WOW.’ For a 3-star Gold Award, every single judge attending the session, which can be as many as 40 experts must unanimously agree that the food delivers that indescribable ‘wow’ factor.

Raisthorpe Manor’s Damson Port is the third unique product the Malton-based company has created, after coming up with the UK’s first Sloe Port and Sloe Sherry in 2010.

The port, made from locally grown damsons, was one of only 153 products out of 10,000 products entered, to win the coveted three gold stars at the 2014 awards. The exquisite drink is made from damsons collected annually, and by hand, by the Raisthorpe team from an orchard in Leavening, North Yorkshire.

Situated in Hockney country in the Yorkshire Wolds, owner Julia Medforth’s daily forage for fruit in the hedgerows on the Raisthorpe estate – and an ancient recipe from her grandmother – led her to hit upon the idea of making luscious fruit liqueurs. Today, Raisthorpe stays true to its original intentions, capturing an essence of Yorkshire in bottle.

“We pride ourselves on sourcing ingredients from the farms, fields and hedgerows in and around our 1,500 acre estate in Wharram, including sloes, damsons and raspberries. Because our product is packed full of fresh fruit, each batch can change minutely from season to season given different weather conditions, but we feel this brings the drinks alive in a way that fresh produce can only do – and we’re delighted the Great Taste judges felt the same,” says Julia. “We love the Yorkshire Wolds and our aim has always been to bottle a little of the place we love in our products.”

The Great Taste Awards are the largest and most trusted awards scheme for speciality fine food and drink, putting more than 10,000 products to the test with a panel of more than 400 experts including chefs, buyers, food writers and retailers.

To see the full range of Raisthorpe liqueurs go to raisthorpemanor.com

• Raisthorpe Manor Fine Foods is run by Julia Medforth at Raisthorpe Manor, Wharram, Malton, North Yorkshire, YO17 9TF, tel: 01377 288295, email enquiries@raisthorpemanor.com.
• According to the Great Taste Awards press pack, judges look for great texture and appearance. But above all, they look for truly great taste. Working in small teams, experts taste 25 foods in each sitting, discussing each product as a coordinating food writer transcribes their comments directly onto the Great Taste website which producers access after judging is completed. Over the years, numerous food businesses, start-ups and well established producers have been advised how to modify their foods and have subsequently gone on to achieve star status. Any food that a judging team believes is worthy of a star is judged by at least two further teams.
• Raisthorpe Manor also picked up a star apiece for their Sloe Port Jelly and new product, the Sloe Whiskey