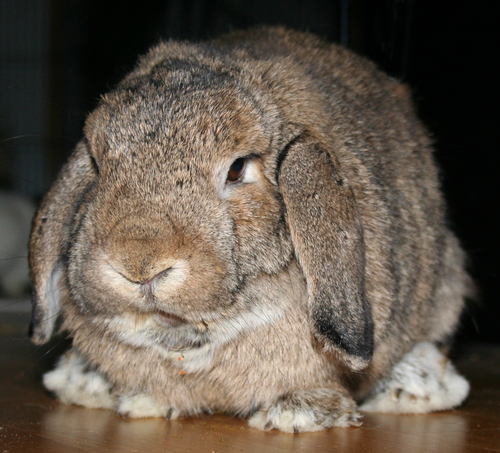 Sadly, rabbits seem to be the forgotten pet

The UK’s leading veterinary charity, PDSA has released distressing statistics that show more than 55% of rabbit owners have identified signs of worrying behaviour in their pet rabbits.

In the run up to this year’s 10th Rabbit Awareness Week (RAW), PDSA veterinary surgeon Rebecca Ashman has highlighted the effects of boredom and loneliness on the mental health of rabbits. The findings, taken from the latest PDSA Animal Wellbeing (PAW) Report, suggest that on a weekly basis owners have noted signs of unhappiness in their rabbits such as biting the bars of their run or hutch repeatedly, fur pulling, biting, growling and hissing.

With more than 680,000* rabbits living alone, despite being highly sociable animals, and thousands more living in small hutches with no opportunity for exercise or mental stimulation, Ashman says it is no surprise owners and vets are seeing these issues on a regular basis.

“Our figures highlight that lack of mental stimulation can have a huge impact on pet behaviour,” says Ashman. “What’s most frustrating is the fact that many of these issues could easily be avoided if rabbits were given the right conditions, diet and companions to live alongside.”

As a charitable partner in this year’s RAW, which runs from 18 to 26 June 2016, PDSA is backing RAW’s #BuddiesForBunnies campaign to get solitary rabbits paired up with suitable companions from rescue centres. The charity says the findings should be a ‘call to action’ for the 57% of rabbit owners who own single rabbits.

Ashman added: “Pets do so much to enrich and improve our lives, but by not meeting their needs, their physical and mental wellbeing can be severely compromised. "Sadly, rabbits seem to be the forgotten pet". They can’t speak up and tell us if they’re unhappy, but with the right information and education, owners can make positive changes to their pets’ lives.”

Editor’s Notes:
• Figures come from the PDSA Animal Wellbeing (PAW) Report 2015. The total sample size was 5,152 pet owners aged 18+ who live within the UK. Fieldwork was undertaken between 11 December 2014 and 26 March 2015. 5,152 owners of cats, dogs and rabbits were interviewed via YouGov’s online research panel. The figures have been weighted to be representative of the population by pet species and the owner’s gender, age and geographic region.
• *57% of owners reported their rabbit lives alone. Estimated rabbit population 1.2 million, therefore 57/100 x 1,200,000= 684,000.
• PDSA (pdsa.org.uk) believes every pet deserves to live a happy and healthy life. As the UK’s leading veterinary charity, with 51 Pet Hospitals and 380 Pet Practices, it strives to improve pets’ lives through prevention, education and treatment. Every year its dedicated veterinary teams carry out 2.7 million treatments on 470,000 pets.
• Rabbit Awareness Week runs from June 18-26 with activities and events across the country. No other national pet campaign has raised the profile of rabbit welfare as much as RAW. This hugely successful campaign – founded by Burgess Pet Care 10 years ago – teams up with the UK’s leading pet welfare organisations to raise public awareness of rabbit housing, diet and well-being.
• Burgess Pet Care is one of the UK’s leading pet food manufacturers, catering for the country’s top nine most popular pets. For 200 years, it has produced the finest quality foods for people, pets and animals. The business is based at Cherry Tree Mill, Snaith Road, Pollington, Nr Google, East Yorkshire, tell: 01405 862241, www.burgesspetcare.com