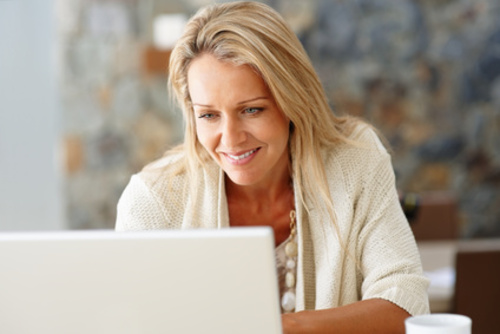 A survey by www.activagers.com, the leading international social network for the 40 plus generation, has shown that middle-aged people between 40 and 65 have become active Internet users. They are also keen to buy the latest gadgets like the iPad.

61% of the activagers members who responded to our survey admitted to swapping at least an hour of TV viewing per day to surf the Internet. For British members this was 56%.

36% admitted to swapping over 2 hours of TV viewing per day in favour of the Internet. The British response was also 36%.

The survey was sent via email to over 25,000 activagers members in the UK, Spain, Germany, Italy, France, Switzerland and Austria in June 2010 with a seven percent response rate.

The 40 plus generation were adults when the world wide web was launched in 1993 and while we know a lot about the usage and adoption of technology and Internet by the digital natives (people who grew up with the Internet) there is very little information about this section of the population.

The survey consisted of 10 questions regarding Internet, technology and a new device – the iPad - which is predicted to drastically change the relationship of consumers with the traditional media such as books, TV, radio and devices.

activagers users were asked how much time they spend on Internet per day and what they are doing when surfing the Internet. More than 50% spent more than two hours per day on the Internet, mainly for work reasons. But the Internet is also used in spare time and to keep informed.

The survey also demonstrated that about 60% of the 40 plus generation use a computer that is less than three years old and that most of them were members of more than one social network. This is comparable to digital natives. However, only 66% had been using the Internet for more than six years so there are a large number of late Internet adopters. Interestingly the UK were the earliest starters in the survey with 88% being on the Internet six or more years ago compared to 77% for Italy, 74% for Germany, 68% for France and 56% for Spain.

The general conclusion of the survey is that there is still a gap between the Internet and technology usage of digital natives and the 40 plus generation, but this gap is decreasing due to the importance of Internet and technology in daily and working life. Also discussions in the UK activagers forums show that they are using the smart phones to read e-books such as Moby Dick while commuting. http://ow.ly/3hACB

The combination of Internet and new devices is also going to change the traditional approach regarding media, especially television viewing and book reading in a very important target group for the economy. This means that the media has to develop new approaches to reach consumers of all ages.

www.activagers.com is the first international social network for the middle-aged generation between the ages of 40 and 65. We provide the latest social networking tools to allow people to publish and share their own material, make new friends and stay in contact with existing friends, and explore new horizons in an environment that proves that midlife is the best time of life.