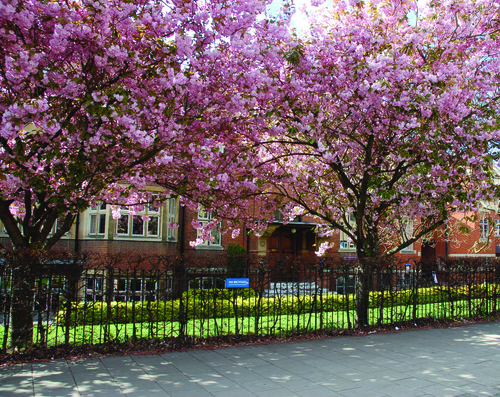 Hills Road Sixth Form College, one of the highest performing sixth form colleges in the country, has implemented software from Compass Computer Consultants (Compass) in preparation for the Government’s A2C project, which is due to come into force in September 2016.

The new way of working will mean centres’ management information systems (MIS) will be able to handle more administrative processes and will cover general, on-demand and vocational qualifications.

The Cambridge-based College has 2,100 full time students and 4,000 part-time students. The state-funded organisation consistently ranks in the UK’s top three state sixth form colleges due to exam results. This year its A* - C pass rate was 93%, compared to the national average of 72%.

Following a tendering process involving eight software providers Hills Road selected ProMonitor, ProSolution and ProPortal from Compass, due to the flexibility of the solutions and the software provider’s reputation for quality technology and service.

Jeffrey Jones, Head of Information Systems, Hills Road, says, “A2C is such an important change that we wanted to ensure we had the best system possible and that’s why we called in the experts at Compass.

“The introduction of the A2C programme gave us the impetus to replace an in-house system with a comprehensive solution that stores all the data in one place. Rather than pulling information from various sources and creating a file with the data for the awarding bodies, with ProSolution the file will be generated and submitted at the click of a button.”

Student monitoring and support system, ProMonitor, and ProPortal, which gives students access to data both seamlessly integrate with the MIS and went live this summer.

ProSolution is mainly used by the exams team to manage the administration around exams, such as entries, seating arrangements and issuing of results. It is also used to send exam timetables to students and to notify them of any changes. Data from ProSolution filters through to ProMonitor automatically to ensure an accurate, holistic view of each student. Students are also able to see information that is held about them, such as their targets and their individual learning plan (ILP), via ProPortal.

Jones adds, “The Compass software has given us better quality data that is easy and quick to access. From the moment students are enrolled their data is uploaded, meaning teachers have a more comprehensive view of each individual’s needs from the start.

“Changes are easily updated and instantly reflected so it presents an accurate, overall view of each student. This enables our staff to support students on an individual level and provide the best learning experience possible.”

Compass is an Advanced Computer Software Group company. In August 2015, the business was shortlisted in the EducationInvestor Awards 2015 for the Technological Infrastructure category. Winners will be announced in November.

To find out more on the A2C project please visit www.jcq.org.uk/about-a2c

Compass Computer Consultants is one of the UK’s leading providers of innovative IT management systems for further education colleges.

With more than 25 years’ experience, the company’s range of solutions includes ProAchieve, a success, retention and achievement analysis system used by 90% of colleges in England, and highly regarded student record system, ProSolution.

The company’s portfolio of solutions has been developed in partnership with further education colleges and the company is well known for providing high quality training and support to its customers.

Compass Computer Consultants forms part of Advanced Computer Software Group Limited, a leading supplier of software and IT services to the health, care and business services. In 2014, the Group won Tech Company of the Year in PwC’s UK Tech Awards. Advanced was also ranked in the Deloitte UK Fast 50, which recognises the 50 fastest growing technology companies in the UK and ranked in the top 300 technology companies in Deloitte’s EMEA rankings.

Advanced (Formerly Advanced Computer Software Group plc) is a leading supplier of software and IT services to both public and private sectors which assist organisations to improve efficiencies and reduce costs.