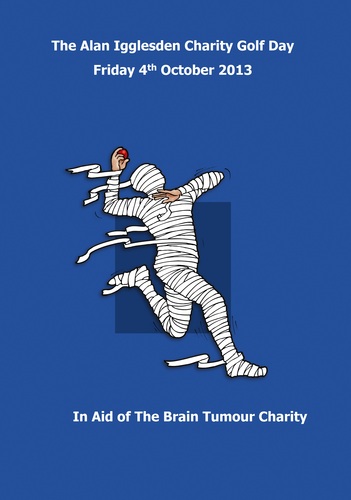 Alan was diagnosed with a brain tumour in 1999, and ever since he has been striving to raise much needed funds to support this most worthwhile charity. Alan's fund raising efforts have totalled £140,000 but he doesn't wish to stop there! Alan has been a patron of the Brain Tumour Charity (formally Brain Tumour UK) for many years, and holds an annual golf day, and arranges celebrity cricket matches, with all proceeds going to fund brain tumour research to find better and safer treatments and ultimately save lives. Last year's golf day raised a magnificent sum of £9,400

There are still places available for those looking to enter the tournament and play with Alan, and some other very familiar faces of the sporting world. Even if you’re unable to attend you can still...