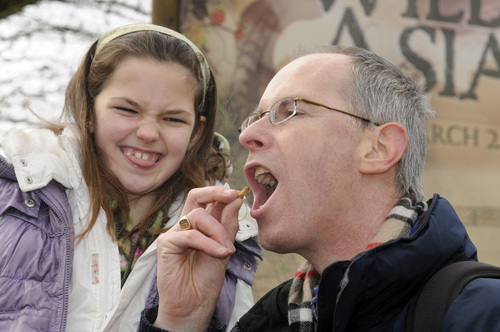 Close to 2000 guests sampled the insect pick ‘n’ mix at the Surrey theme park on Friday 19th February, and with 100% giving the snacks the thumbs up and saying they would buy them if available, it was a no-brainer for the park’s general manager, David Smith:

“The feedback received on Friday was fantastic and it created a lot of excitement on park. The ant wafer biscuits were the favourite and we even had someone call us after we finished the trial via guest services asking for more samples! Our goal is to become Britain’s Wildest Adventure and we are confident these snacks will help bring out the adventurous...