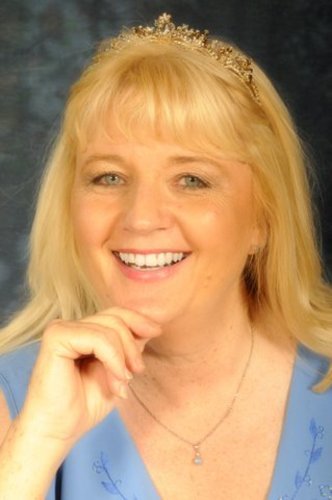 the number one healing secret that could have saved Michael Jackson lies in his own references to his “lost, stolen childhood.”

August 26, 2009, Newport, Isle of Wight (UK) – As news about Michael Jackson’s cause of death is confirmed as homicide from lethal doses of prescription drugs, healing expert Caryl Westmore, author of a new book, "You Can Break-Free Fast™ - 3 Simple Steps to Get Unstuck and Attract the Life you Love", says she believes the number one healing secret that could have saved Michael Jackson lies in his own references to his “lost, stolen childhood.”

The book, a practical self-help guide to emotional healing, proves with numerous cases studies that intense or traumatic memories from childhood can sabotage Adult life and lead to addictions, insomnia, unhappiness, negative beliefs, and pain, both physical and emotional. Which is why the author says Jackson’s life could have been “saved” if only he had had a chance to heal his damaged childhood.

Since Jackson’s death, Westmore has been blogging and tweeting on her insights which she has now made available at her website as a free E-book “Michael Jackson: 5 Healing Lessons that can heal – or save – your life”.

Michael Jackson often referred, on TV and in the press, to his "stolen childhood" as a show-biz kid with a physically and emotionally abusive father who instilled fear and hatred in him. Jackson’s haunting song: "Have You Seen My Childhood" vividly captures his pain and longing for a more carefree way of growing up.

Westmore believes this throws light on Jackson’s addictive, sad and bizarre behaviors, ultimately leading to his giving his power away to drugs, leading to his death. The L.A. coroner report recently confirmed Jackson died due to a “lethal drug cocktail”.

The life-saving secret that might have helped him, says Westmore, is deleting the damaging memories of childhood stored in the “emotional brain” now recognized by medical scientists as a repository for fearful, intense or traumatic memories.

In Chapter 4 of "You Can Break-Free Fast™", she elaborates on the latest scientific and medical findings about this “brain within the brain” and how these throw light on her own approach to healing.

Put another way, she says her book is about rescuing the inner child from being frozen at the time a traumatic memory happened, often leading to problems like Jackson struggled with such as insomnia and addictions.

The book is packed with case studies of the author's clients who had life-changing sessions that set them free from issues like eating disorders and dysfunctional behavior. In every case their pain had been “set up” in childhood and could be released swiftly from with what the author calls a “break-free-aha.”

Westmore also reveals her own dramatic story – how she went from divorced, broke, homeless after a house fire and unemployed at 50, to living her dream life today, married to her soul mate and traveling the world as a “Break-Free Fast” writer, speaker and coach. The key to her transformation, she believes, was the clearing processes that eventually gave her a “second chance at life.”

She explains her passion for “breaking free from the past” in terms of her own damaged childhood as the child of an alcoholic father. Her subsequent healing journey after she "wanted to die" led her to study with acclaimed self-help experts and train as a Journey therapist and EFT Practitioner, using her intuitive insights to help clients worldwide, including South Africa where she worked for many years.

“There are two key times in childhood when I notice that people get blocked or stuck as victims," she says: "between the ages of 0-10 and again in the teenage years. As I discovered, it’s never too late to have a healed childhood and a happy adult life.”

"If you had a difficult or dysfunctional childhood," says Westmore, "you have the choice to either break free by healing the damage - or stay a victim and risk progressive self-destruction and wasting of your ‘golden years’ like Michael Jackson, may he rest in peace."

“You Can Break-Free Fast™ – 3 Simple Steps to Get Unstuck and Attract the Life you Love,” by Caryl Westmore (Foreword by Dr Joe Vitale)is published by Outskirts Press and available as a paperback from Amazon or as an e-book