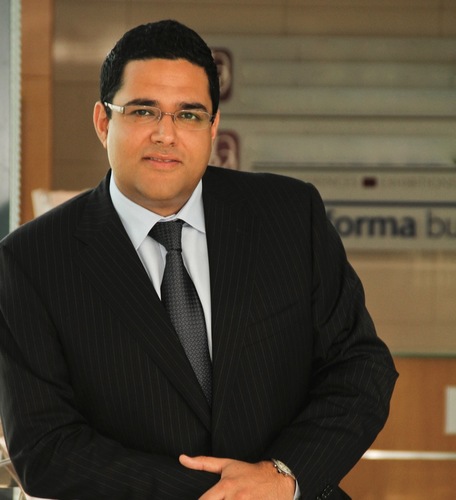 “I am delighted to be joining C Squared and working with the team to build on their impressive achievements thus far.”

Working alongside current managing directors Jeremy King and Danielle Redwood and financial controller Leigh MacNeill, the team will form a new executive committee created to drive and build the company’s portfolio of products in the media sector.

Marwaha is an experienced conference and exhibition executive. With over 14 years with Informa/IIR he developed a new business unit, which included most notably the global Cityscape portfolio of events and products. As well as working in both the UK and Dubai, he has launched events and publishing products all over the world.

As part of this management restructure, chairman and founder of C Squared, Charlie Crowe will take on the newly formed role of non-executive chairman and will focus his entrepreneurial energy on other ventures, while continuing to support the team as they build the business.

Rohan Marwaha, group managing director comments, “I am delighted to be joining C Squared and working with the team to build on their impressive achievements thus far.”

“We have great confidence that with the support of all the stakeholders the new management team will take the business to new levels. It is an exciting time for the company and its event and publishing portfolio with the Festival of Media Latam http://www.festivalofmedia.com/latam our next event from 5-7 October,” adds Charlie Crowe.

C Squared is one of the fastest-growing specialist publishing, events and technology companies in Europe. Its mission is to help the media and marketing industry become more connected and better informed so that it is fully equipped to respond to the challenges and opportunities brought about by digital technology and globalisation.

C Squared launched the Festival of Media in Venice in 2007 and the brand now has four major events across the world, attended by 4,000 senior delegates and receiving over 3,000 Awards entries. In 2009, C Squared acquired the leading brand M&M Global along with the M&M Global Awards. The company also owns Creamglobal, which has now become the world’s largest database of media innovation and its bespoke technology serves many of the leading global agency groups and multinational advertisers. Emerge the start-up service introduction adtech and more to agencies, brands and media owners. More information is available at www.csquared.cc.

For press information please contact Tim Gibbon, head of content, C Squared and Festival of Media on +447930375663 or email tim.gibbon@csquared.cc.

Read more about the Festival off Media Latam at http://pressreleases.responsesource.com/news/90279/festival-... and keep up-to-date with hashtag #FOMLA16.

Press, media and journalists may register to attend the Festival of Media Latam at http://www.festivalofmedia.com/latam/press-registration.

Organised by C Squared, one of the fastest-growing specialist publishing and event companies in Europe, the Festival of Media was launched in 2007 and now boasts editions in Europe, Asia, Mena and LatAm. Focused on senior leaders in the global media and marketing industry, the event attracts 3,000 senior delegates and receives over 4,000 Awards entries each year. The winning award entries can be viewed in the creamglobal.com archive as a source of inspiration, benchmarking and best practice. More information is available at www.csquared.cc.