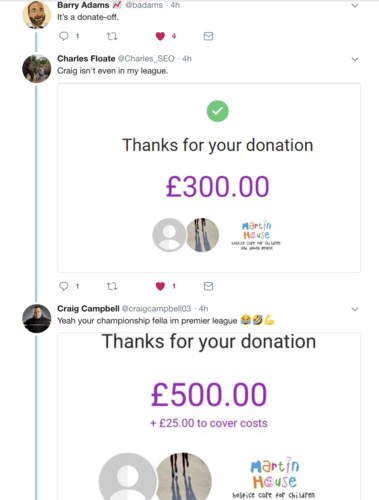 Dom Hodgson later tweeted " So after a 'donation frenzy' with @Charles_SEO and @craigcampbell03, I'm absolutely delighted to say we've SMASHED our goal for @MartinHouseCH which means, I'll be doing a FULL PT...