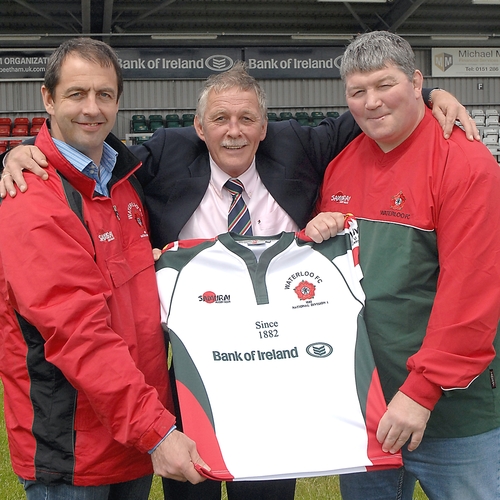 Former England coach Joe Lydon has joined Liverpool’s Waterloo Rugby Club as performance consultant to help the club to raise its game as it aims to secure promotion to National League Division One. Another key appointment is former Aberavon and Bridgend player Chris O’Callaghan who has also joined Waterloo as head coach.

Joe Lydon is charged with helping the club to raise its profile and its performance, working with the first XV squad in preparation for their National League Division Two campaign.

Joe, who started his playing career with Widnes Rugby League Club in 1982, gained 30 international caps for Great Britain and played on three RL Lions southern-hemisphere tours. He held the position of team manager of Wigan Warriors, and served as the first-ever performance director with the Rugby Football League.

In 2000 Joe was appointed by the Rugby Football Union, since when he has coached various England squads, including the England U19s, England Sevens, and latterly became backs coach to the Senior England squad.

His signing cements a longer-term family relationship with Waterloo as Joe’s brother, John played at Blundellsands back in the 1970s.

Chris O’Callaghan takes on the key role of head coach. Having gained a Welsh schools cap, Chris started his senior playing career at Loughborough, moving on from there to Cambridge University where has was awarded his ‘Blue’ in 1979. He then enjoyed a long and distinguished playing career at both Aberavon and Bridgend.

He subsequently served as director of rugby and head coach at Aberavon from1999 to 2004. Most recently he has worked as assistant coach to the Spanish National Team.

Joe Lydon said: “I am looking forward to getting involved in the game again at grass roots level and helping to build the reputation of a club which has played a key part in the history of rugby and one that has helped to develop many great players such as Ben Kay, Austin Healey, Paul Grayson and Kyran Bracken.”

Waterloo president and director of rugby, Colin Fisher, himself a former club captain and Scottish International, added: “The appointment of Joe and Chris is part of a longer-term strategy. We are looking to assemble a squad to play for a three to five-year period and to win promotion to Division One. The aim is to achieve sustained success. We will also be putting in place measures to build on the strengths of all the other squads within the club, as part of our commitment to the community and the game itself.

“The appointments of Joe and Chris bring proven, world-class coaching talent to Waterloo. Both have extensive expertise in playing, coaching and running sides which will help raise the profile of the club, attract high quality players, and deliver results on the field. Chris and Joe are also eager to assist in coach development throughout all the club’s other teams.”

The Waterloo club, based in Blundellsands, Liverpool, this season celebrates its 125th anniversary, having been founded in 1882. The club runs four senior teams, two Colts XV’s, a Ladies team that plays in National Division One, plus 10 Mini and Junior teams from Under 7s to Under 16s.