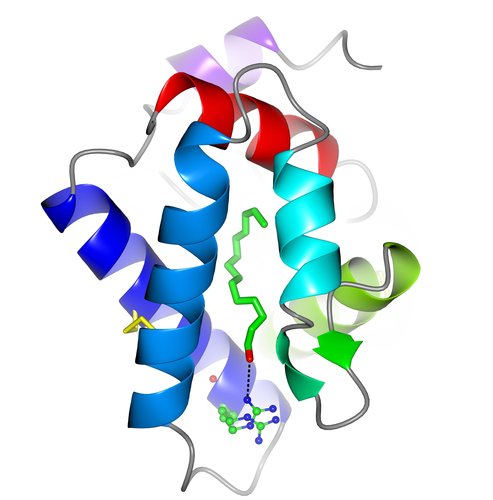 insects depend on chemicals like pheromones to communicate with each other

It’s all in the smell...How the 100th protein structure solved at Diamond impacts our understanding of how insects smell! Why recognising sex pheromone components of the silkworm moth at the scale of atoms and molecules impacts on eco friendly agriculture

New research to be announced, Wednesday 30th September, by a team of leading scientists working with the UK’s national Synchrotron, Diamond Light Source, could have a significant impact on the development and refinement of new eco-friendly pest control methods for worldwide agriculture.

The importance of understanding how insects ‘smell’ and how the chemical signals are recognised is useful for many things, but especially for pest control in agriculture. Determining the composition and processes behind the olfactory functions of insects feed directly in to the development and refinement of new pathways to influence insect host locating behaviours. Plants use chemical signals to repel and attract insects and by harnessing a detailed understanding of the signals, farmers can plant companion species to create ‘odours’ that would make an area very unattractive or attractive to insects according to what they require. This is more commonly known as the push-pull system.

Published in the Journal of Molecular Biology, the study was carried out by Dr. Jing-Jiang Zhou and colleagues at the world’s oldest agricultural research centre and the largest UK facility, Rothamsted Research, in collaboration with Prof. Nick Keep's group from the Institute of Structural and Molecular Biology at Birkbeck, University of London.

Dr Jing-Jiang Zhou, Senior Research Scientist in insect molecular biology at Rothamsted Research, studies insect olfaction and chemical ecology at the molecular level, he explains, "Using Diamond Light Source's intense X-rays, we unravelled the detailed mechanisms linked to pheromone detection which dictates mating behaviour in silkworm moths. They are a model organism and any new insights into the working of their olfactory system has repercussions on our global understanding how insects locate mates and their hosts."

Solving this protein structure also represents a significant achievement in the advance of structural biology in the UK and it marks the 100th new structure identified at Diamond since its opening in 2007.

Professsor Dave Stuart, Life Sciences Director at Diamond Light Source adds: "It is a milestone and it illustrates the fascinating range of structural biology being undertaken in the UK. Congratulations to the Rothamsted and Birkbeck groups; thanks to productive groups like these, there is currently an exponential growth in the number of structures solved at Diamond."

Many insects depend on chemicals like pheromones to communicate with each other and to find a suitable mate. There are two main sex pheromone components bombykol and bombykal in the silkworm moth. Bombykol, the first insect pheromone discovered 50 years ago is the only component involved in mating behaviour whereas bombykal is an antagonist.

Dr Jing-Jiang Zhou, adds; "So far, we know that odorant binding proteins [OBPs] within the organism pick up pheromones at pores on the outside of the antenna and carry them through a watery layer to the nerve endings. But it is not clear whether they simply transport and release molecules which bind to olfactory receptors or whether they form a specific OBP- pheromone complex which then activates the receptor. The structures we determined using the crystallography capabilities at Diamond give us a view of how these processes work."

Prof. Stuart explains how crystallography helps; "Studying proteins and the role they play within organisms is like having a 100 locks and keys in front of you and not having any idea as to what fits what…By solving the structure of these proteins, we understand more about their function and matching them becomes much easier."

Dr Zhou concludes: "It’s not just the farming community which stands to benefit from this work.These new insights will be fed into the development and refinement of biosensors where detection sensitivity is paramount in areas like blood tests.One of our spin-off companies are also investigating how bees can detect some small quantities of explosives and stand to benefit from any knowledge we generate."

Rothamsted Research Institute is funded by BBSRC and Dr Zhou’s project is funded by a BBSRC SCIBS initiative grant ‘Defining the chemical space for ligands of odourant- binding proteins Ref:BB/D005892/1.

Diamond Light Sourceis funded by the UK Government through STFC and by the Wellcome Trust. Diamond is a platform for research for the Research Councils and in particular for AHRC, BBSRC,EPSRC, MRC and NERC.

The Artist, Lizzie Burns has created a model of this 100th protein structure to be solved at Diamond - photographs will be available from 30.09.09.

Life Sciences Director at Diamond Light Source, Professor Dave Stuart; Senior Research Scientist, Dr Jing-Jiang Zhou from the Centre for Sustainable Pest and Disease Management in the Insect Molecular Biology Group at Rothamsted Research and Professor Nicholas H. Keep, the Professor of Biomolecular Science Crystallography in the Institute for Structural and Molecular Biology at the Department of Biological Sciences Birkbeck, University of London are available for interview on request.

The work is published in Journal of Molecular Biology 2009 Jun 12;389(3):529-545. Using the structures determined at Diamond, the data disagrees with previous claims that one of the Odorant Binding Proteins expressed in the moth’s, known as BmorPBP1 bound only to bombykol and that another OBP, known as BmorGOBP2, bound to compounds from the host plants. In fact, both bind to bombykol and bombykal, but BmorGOBP2 is capable of differentiating between them and give us new insights into how this complex olfactory function in the silkworm moth actually works.

Silkworm moth or Bombyx mori are being used by biologists as a model organism in the study of the moth and butterfly family, which is known as Lepidopterans and includes over 180,000 species.

* Many of our everyday commodities that we take for granted, from food manufacturing to cosmetics, from revolutionary drugs to surgical tools, from computers to mobile phones, have all been developed or improved using synchrotron light.

* Diamond will bring benefits to:

Biology and medicine. For example, the fight against illnesses such as Parkinson's, Alzheimer's, osteoporosis and many cancers are benefiting from the new research techniques available at Diamond.

The physical and chemical sciences. For example, from 2010, engineers will be able to image their structure down to an atomic scale, helping them to understand the way impurities and defects behave and how they can be controlled.

The Environmental and Earth sciences. For example, Diamond helps researchers to identify organisms that target specific types of contaminant in the environment which can potentially lead to identifying cheap and effective ways for cleaning polluted land.