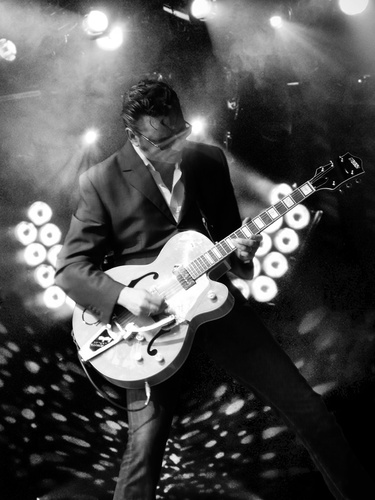 Great music, fabulous food and drink and a stunning location mean that it will definitely be a weekend to remember.

Sinéad O’Connor, Richard Hawley and the Futureheads are headlining the three-day Ramsbottom Festival from Friday 13th to Sunday 15th September. The three acts will be supported by an array of respected talent and emerging artists including The Beat, Public Service Broadcasting and the Unthanks.

In 2012 Sinéad O’Connor released her 9th album, How About I Be Me (And You Be You)?, to critical acclaim. She performed on Later with Jools Holland on November 20th 2012 and was voted best performance of the series.

Hawley’s latest album, Standing at the Sky’s Edge (2012), was shortlisted for 'Album Of The Year' for the prestigious Mercury Music Prize, and included in Best Albums 2012 polls for Q Magazine, Mojo, Uncut, NME, The Sun, and Shortlist.

The exciting festival line up from organisers, The Met in Bury, continues to build the event’s reputation in attracting national talent and showcasing up and coming artists to a growing loyal and appreciative regional audience. This year also sees The Met joining forces with The Bridgewater Hall to bring a wider audience of musical tourists to this boutique music festival in Greater Manchester’s countryside.
David Agnew, Director of The Met and Ramsbottom Festival comments, "We’re really proud that this young festival has found such a pace. With the support of local and regional partners Ramsbottom Festival follows The Met’s blueprint for engaging new audiences and bringing quality music and arts to the northwest region. Ramsbottom is a fantastic location and the programme this year offers an amazing range of live music we know will appeal to audiences from throughout Greater Manchester and Pennine Lancashire.”

Nick Reed, Chief Executive of The Bridgewater Hall comments, “We are delighted to be working with The Met in presenting the Ramsbottom Festival: it is a truly unique event and one of Britain’s festival gems. The Bridgewater Hall is lucky to have an audience of very discerning music lovers and we hope to encourage them to take a musical break in Ramsbottom this September. Great music, fabulous food and drink and a stunning location mean that it will definitely be a weekend to remember.”

Rammy welcomed over 6,000 local visitors and festival tourists last year.
Over 13,000 pints of the Rammy festival ale were supped last year supplied by local brewery Irwell Works.
Headline acts in 2012 included the Inspiral Carpets, I Am Kloot, Leisure Society, Thea Gilmore and Roddy Frame.
Back by popular demand in 2013, festival-goers can expect the Funkedemia Silent Disco, three stages of music, workshops and entertainment for the kids as well as poetry and musical interludes.
Visitors can also arrive in style on the Festival Express, the East Lancashire Steam Railway lays on a service from Bury to the edge of the festival site.

For more information or to be the first in the know sign up for the email newsletter at www.ramsbottomfestival.com

Ramsbottom Festival brings a quality, eclectic mix of established international musicians, emerging artists and DJs to a beautiful town on the outskirts of Greater Manchester. A chance to enjoy great music, local food and beer in beautiful surroundings.

For further information contact Fido PR on 0161 274 3311
Nancy.collantine@fidopr.co.uk
Or Rose.Allerston@fidopr.co.uk