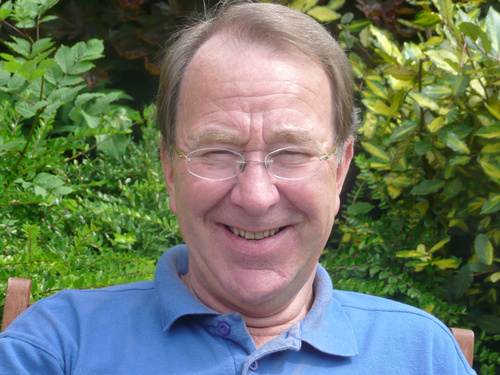 One of the world’s leading experts on Hitler and the Third Reich, Oldham-born Sir Ian Kershaw, is to be awarded an honorary doctorate

One of the world’s leading experts on Hitler and the Third Reich, Oldham-born Sir Ian Kershaw, is to be awarded an honorary doctorate of The University of Huddersfield at University Campus Oldham (UCO) alongside hundreds of other students who will be receiving their awards at the UCO graduation ceremony on 16th July.

A second honorary doctorate will also be awarded to Cyril Brandford, in recognition of his contribution to the education of many thousands of young people as Governor of Oldham College and Chair, for the last 10 years, of the College Corporation.

Ian Kershaw was born in Oldham in 1943. His mother had been a mill-worker, his father, a trained fitter, became a professional musician and played in dance-bands in the town, serving during the war as a mechanic in the Royal Airforce. Ian’s parents were determined that he and his sister should have the opportunities that they had been denied. After attending St Bede’s Catholic grammar school in Manchester, Sir Ian went on to Liverpool University and found himself in a history department full of medieval scholars, becoming an expert in the period himself. However, it was a visit to the former West Germany in 1972, that led him to undertake his most prized work when he came face-to-face with one of the twentieth century's greatest evils. Stunned by an ageing Nazi's remark that "the Jew is a louse", he decided to do some research on the social history of the Nazism. He abandoned his work on the medieval period and moved to teach modern history at Manchester and then Nottingham and Sheffield, universities.

His books, including a two-volume biography of Hitler (translated into 26 languages), The Nazi Dictatorship and The Hitler Myth, have become central texts for students around the world and his works have redefined our understanding of one of the world’s most infamous dictator. Now retired, Sir Ian was a professor of modern history at Sheffield University until 2008 and was awarded a knighthood in honour of his Services to History.

Sir Ian is a fellow of the British Academy, the Royal Historical Society, Wissenschaftskolleg zu Berlin and winner of the prestigious Wolfson Prize and several other book prizes. He is a keen supporter of Oldham Rugby League Football Club.

Debbie Bridge, assistant principal of UCO says, “We are so pleased to welcome Sir Ian and his family to our UCO graduation ceremony in July, and to honour his many achievements. Sir Ian’s story is an inspiration to UCO’s graduates and guests. Being able to study for a University Degree in Oldham has opened up opportunities to thousands of students whose families have supported them through their studies in the expectation that their life chances will be improved. To receive their awards alongside Sir Ian will add something special to their day, and will remind them that their education is just the start of a journey.”

On receiving news of his award, Sir Ian said, “I'm delighted and most gratified to receive this honorary degree from the University of Huddersfield, quite especially because it will be awarded in Oldham, my home town which I have always held in great affection.

“What my working-class family, themselves deprived of any chance of a good education, would make of me receiving an honorary degree in the town, I don't know! But I owe it to my parents that I could benefit from opportunities that they themselves could never experience.

“The early buildings of Oldham College were erected on the grounds of an iron foundry that I used to play on as a child, when I lived in West End Street, between Middleton Road and Chadderton Road. I have wonderful memories of my years growing up in Oldham, where we lived in several different houses, and have always closely followed developments in the town (and the declining fortunes of the once great rugby club, which I first started watching in their glory days of the 1950s). Sadly, my last family connections with Oldham ended in 2004 with the death of my mother, but I always take pleasure in returning to the town, where visits remind me of happy times long ago.”

Born in 1931 in Rochdale, Cyril Brandford went to Heywood Central High School and after leaving with no qualifications became an apprentice electrical fitter studying at night school for three years for an ONC in Electrical Engineering. This gave him the opportunity to train in the RAF as an Air Radar Fitter. After five years service he joined Ferranti working on the development of FM Radio and Projection TV. He then moved to A M Lock, now known as Lock Inspection, as chief development engineer designing the electronics for a wide range of products including the company’s first metal detector, the forerunner of its current range which is exported worldwide.

In 1973 he started Pepperl and Fuchs GB Ltd, a subsidiary of the International group. The company rapidly expanded exporting electronic equipment worldwide, still operating from purpose built factory and offices in Ripponden Road, Oldham. After 19 years as managing director, he became chairman, retiring in 1995.

Cyril was invited to join the Governors of Oldham College in 1993 and was elected to the role of Chair of the Corporation in 2003. During his period of office the college has changed considerably. It took the lead in establishing University College Oldham with the University of Huddersfield, attained Outstanding College grading, sponsored two academies, opened the Green Technology Centre, made a successful submission to open a University Technical College in Oldham and embarked on a capital development programme which will see the campus radically transformed over the next few years.

Commenting on his contribution, Principal of Oldham College, Alun Francis says, “As Chair and as a governor Cyril has always been at the forefront of the various developments and projects and has never failed to make a contribution to help in any way that would ensure a successful completion. He is an unassuming and understated Corporation member but this hides a sharp mind, very strong business acumen and an excellent understanding of the importance of further education. He has been an excellent support for the College Leadership Team and his contribution is both valued and appreciated.”

“I was taken totally by surprise,” says Cyril of learning of his honorary degree. “I have to say that my commitment to furthering the cause of the College and the role of FE is purely down to my own experience of my electrical engineering night school course, between 1947 and 1949. If it wasn’t for that course I would never have the opportunities and the career that ensued, and it is that that has motivated me to get involved with Oldham College and to help other young people learn new skills and prospects in life. College opened up a pathway to a new life for me and I shall never forget it.”

Cyril and Sir Ian will be attending the Graduation Ceremony at University Campus Oldham that takes place on July 16th 2013.